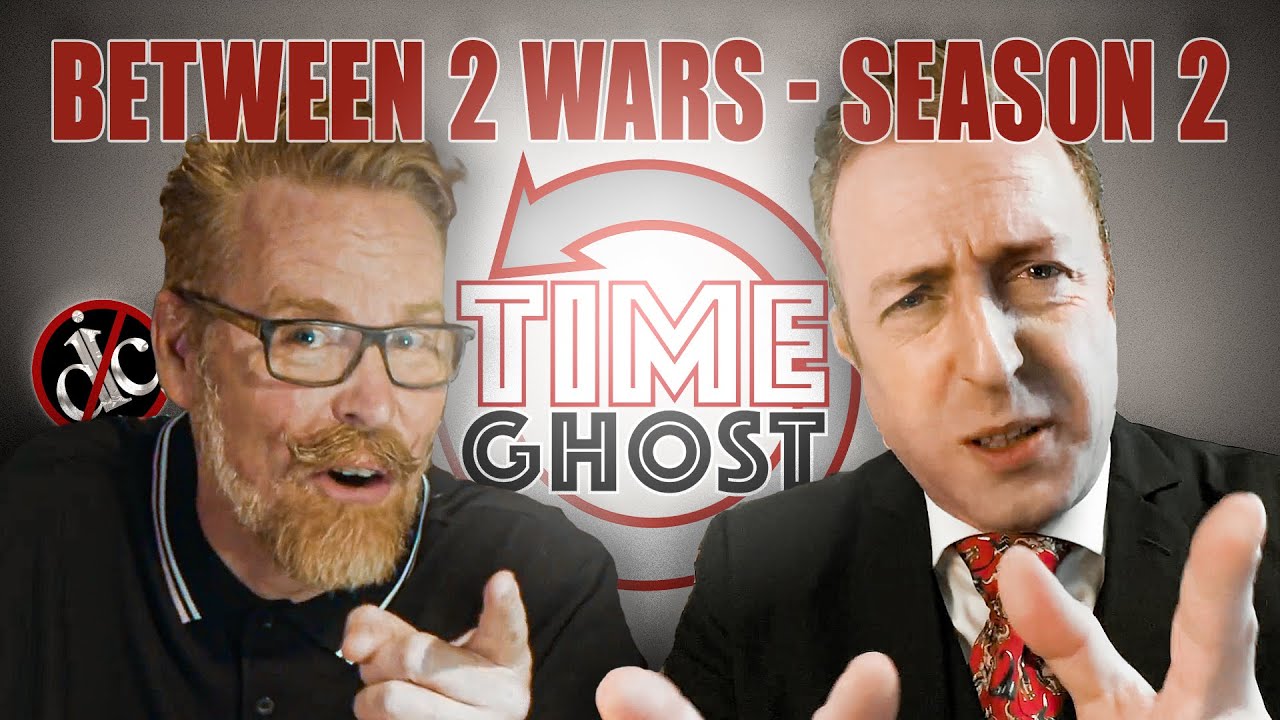 When we started looking at doing TimeGhost back in 2017, circumstances were very different. Indy was still doing The Great War and we did not have you guys in the TimeGhost Army yet (well, we hardly had a camera and lights, and definitely not a studio). We weren’t even sure if what we would do next would be interesting enough to garner the following that we needed financially to realize our projects.
What we did know was that we wanted to do it independently, together with our community.

By chance we met some folks working on a Franco-German public television project about the interwar years and they needed a concept for what to do online. They were willing to pay the budget for such a project, so we thought “what the hell, let’s give that a spin.”
For a few weeks in the summer of 2017 we worked together with them to develop a serial, chronological concept covering the interwar years.
However, by late summer it was clear to us that we were about to make a big mistake – working with the corporate structures of German and French public television was the exact opposite of creating content for and with our community. So we walked away from the project, and instead we focused on the Cuban Missile Crisis to kick things off.

But our minds were firmly set on creating what you guys were asking us for – and we wanted to do. And that was clearly World War Two.
At the same time, we also felt that explaining the interwar years would be extremely fascinating and a great concept. The old project was a bit too ambitious for our capacity though, so we focused only on the events that led to World War Two when we finally created Between 2 Wars, and then launched WW2 IRT.

Two and a half years later we can say that this was the best thing we could’ve done, and we’re incredibly grateful to see all of you here at the TimeGhost Army realizing these ideas together with us.

On the way here we have grown, we have evolved our understanding of the interwar era, and now we feel that we’re ready to cover all of the cultural, social, technological, artistic, and adventurous events that we could only barely touch upon – or didn’t cover at all – in the first season of Between 2 Wars. Thus we have revived and polished up our original concept: one multi-topic episode of world history for every season – spring, summer, autumn, and winter – for each year from 1918 to 1939. A grand second season of Between 2 Wars.

We think that this will add even more context to all of the other series we are planning about the 20th century, especially WW2 of course.
More than anything we look forward to exploring not just the darkness, but also the hope, the progress, and the fun of two decades that changed human life across the globe forever, Thank you all for making this possible!