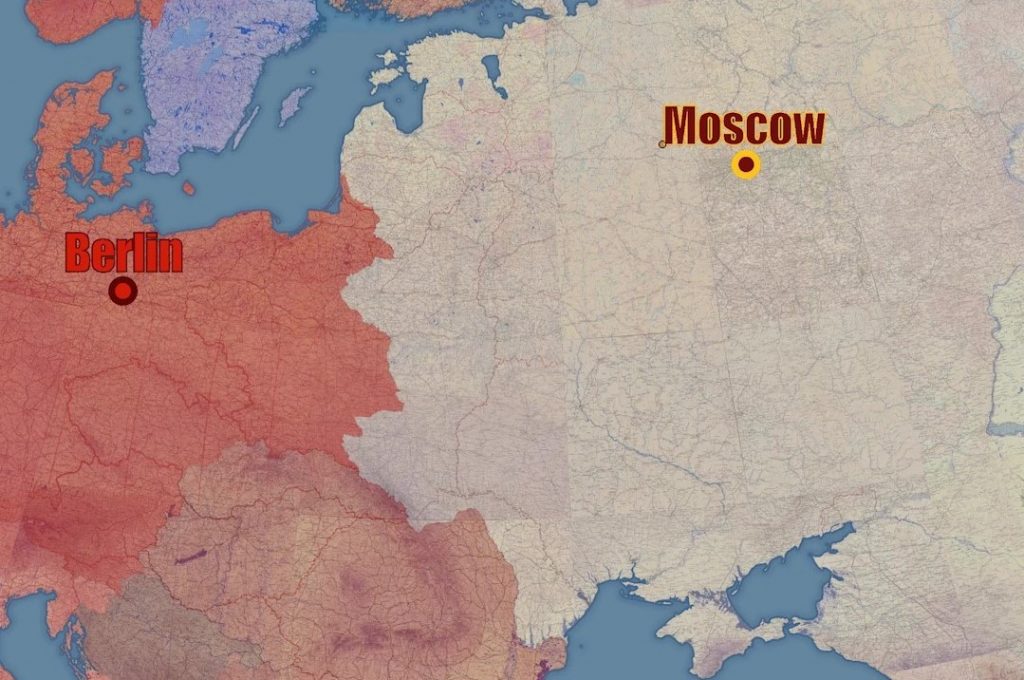 One year ago today (in our timeline), the Axis Powers invaded the Soviet Union in the largest invasion in history, codenamed Operation Barbarossa.

We’ve followed all of that action and all that it entails- the Battle of Smolensk, the fighting for Kiev, the Siege of Leningrad, the drive on Moscow, the Soviet counter attacks over the winter and spring, the fight for the Crimea, the German attacks last month in the south, the logistics, the tanks, the plans… and much more, week after week after week.

This time lapse map of the whole one year campaign in the USSR is super cool, and you can really see the stalemate set in in early 1942, and can follow the intensity of our coverage of it all by looking at how much or little the frontlines move.

This is almost hypnotic. Which is also cool.