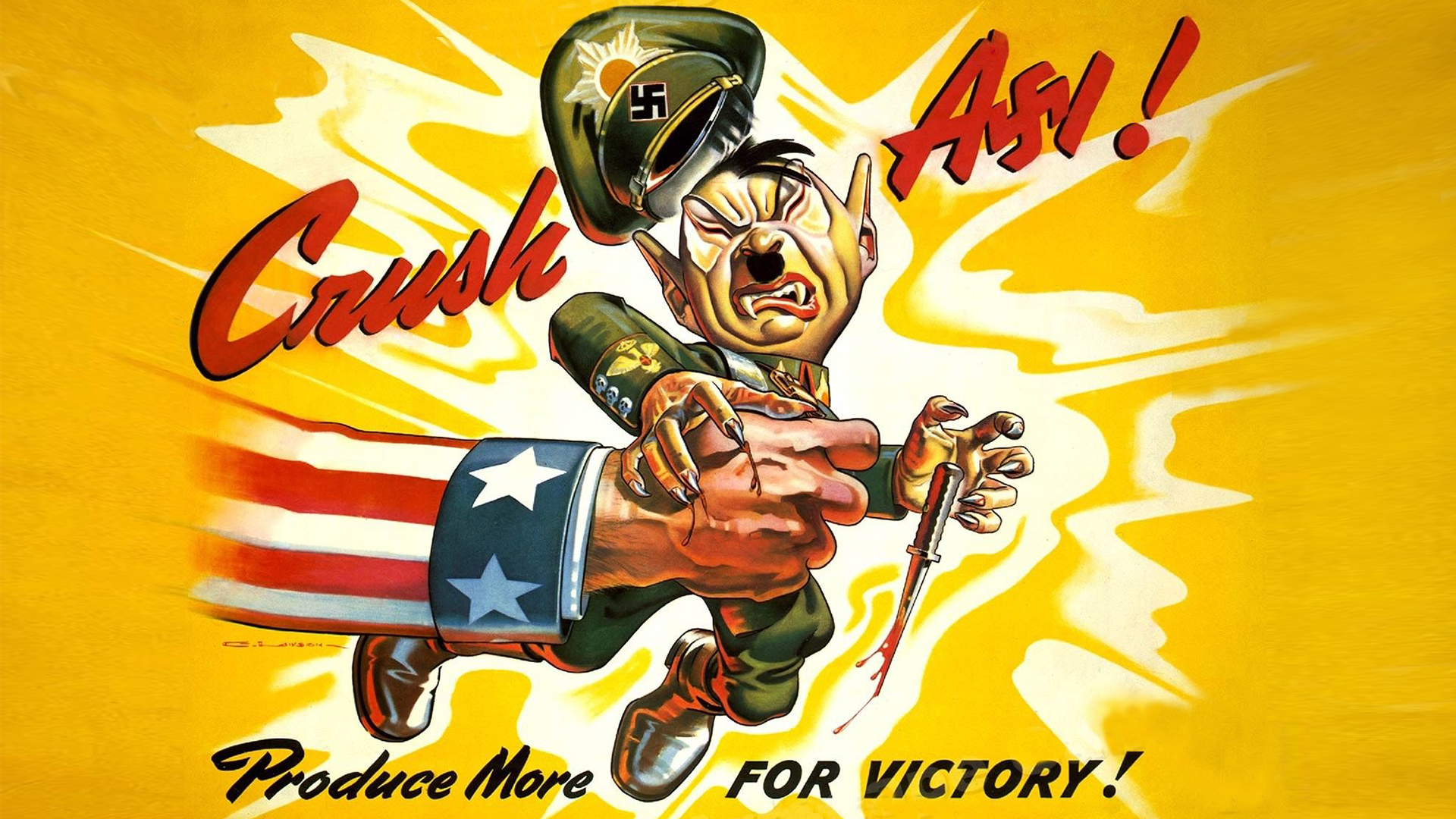 WWII in Europe was not decided on the battlefields, it was lost and won in the hearts, minds and bank vaults on both sides. Or as they say; “it’s the economy, stupid!”

I know that this isn’t what anyone wants to hear – the suspenseful, dramatic, terrifying and yet captivating back and forth of a war wants for an analysis of the blow, by blow decisions – but, although there are many probable practical, tactical, and strategic reasons Nazi Germany lost WWII, there is one reason above all:

Below, I will show how National Socialism was a morally and ethically corrupt ideology that was not sustainable and thus destined to lose the war.

Although the Nazis managed to boost the economy to some degree in the thirties, this was a shortsighted way of ‘progress’ that depended on war to make sense. It was an expansion that needed resources from other parts of the world, way below market price. German production increase was not based on market dynamics, thus it required conquest. As it turned out this was even more expensive, both financially and in human lives, therefore it failed. On every front the Wehrmacht soon stood undersupplied and out armed.

Just to mention a few places this had immediate impact on the war: The failure of the North African Campaign, – Rommel attributed it to lack of resources. Operation Barbarossa that failed partly due to lack of the right equipment. Operation Case Blue that failed to capture the Balkan oil fields, partly due to Hitler’s incompetency, but also because of not being able to resupply fast enough. We can see all of this in the economic data:

Oppression, persecution and murder of ‘intellectuals’ led to a brain-bleed of German society starting in 1933 – because many. many well educated and innovative people were incarcerated, killed, or fled the country. Therefore Nazi Germany could not keep up with technological and societal development in the free world.

You can’t separate German Jews, socialists, homosexuals etc. from other Germans. They were all Germans. A fair number of the people that could have contributed to change the above where either killed or fled. Notably quite a few of them were not part of any minorities. Both the arts and sciences suffered catastrophic losses – notable examples; Albert Eisnstein, Marlene Dietrich, Sigmund Freud and Bertold Brecht. More anecdotal evidence: European Minds Who Fled Fascism

Significantly the Nazis only ‘supported’ intellectuals that were Nazis themselves – immediately upon seizing power Hitler passed the Law for the Reconstruction of the Professional Civil Service to purge the academic world from non-Nazis. Many, maybe even most academicians turned to support the Nazis, but “As a consequence of these policies the dismissals of professors at German universities began in earnest with the academic year of 1934—35. […] by 1939 [the number of faculty from the 34–35 semester that had been expelled rose] to 45%.” From The Nazi Expulsion of Professors 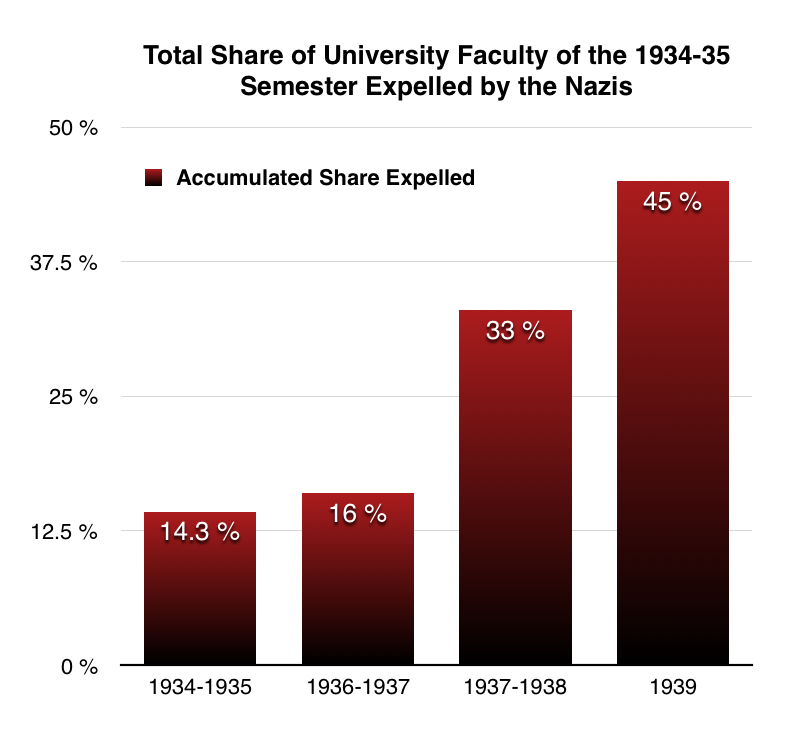 Although Hitler had vast support in the German population in 1939 – on September 1, with the invasion of Poland this support started degrading fast.

Recent studies show that although Hitler had 80–90% public support before the war, this quickly sank below 50% after 1939, Some support lingered even after the war, but it was by far not the majority anymore. We’re going to get into more detail of this in a later article about the measurement of Hitler’s approval ratings.

Mass murder and oppression of minorities led to a moral bankruptcy also amongst the general German population. The evidence for this is in the support numbers. More significantly though the Nazis themselve take concerned note of this phenomena in their own research during the war. They compiled a top secret publication called “Meldungen aus dem Reich” (Reports form the Reich). Here they note that the effect of propaganda was waining as the war proceeded, so that Germans in general where getting demoralised and afraid.

In the US, public support for a war overseas was poor before Pearl Harbour, but by December 1941 US public support turned around quickly. In the USSR – not only military success in late 41, but also the fury at atrocities committed by the Wehrmacht in Eastern Europe kept the public highly motivated.

After initial depressions with the withdrawal from Europe, the UK population was already improving their morale as the Battle of Britain was more and more clear to be their victory. When the US came in to the war UK morale continued to improve fast.

By 1942 the Allies were highly motivated and stood brave, not only because of military advances, but also as they felt that they were fighting for a very, very important and just cause.

Add that to the incompetence of Hitler as commander in chief and you have a perfect storm, so that no matter how hard they tried, Nazi Germany could not succeed, neither as a society, nor in the war.