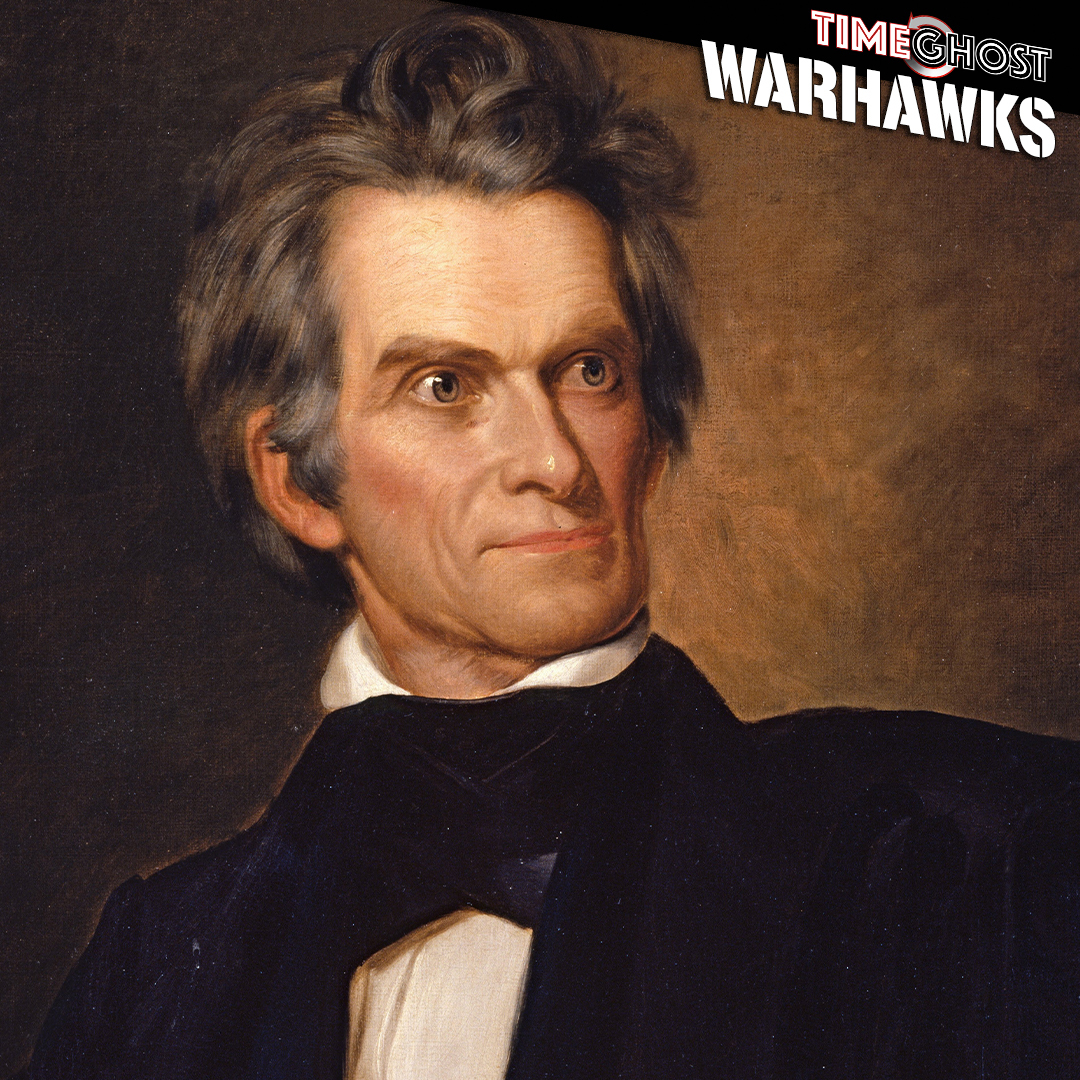 The term ‘warhawk’ first occurred in the American press in the 1790’s. It was used to ridicule politicians who actively favored going to war or escalating ongoing conflicts.

John C. Calhoun first took office in 1811 in the United States House of Representatives, when the Napoleonic Wars were in full swing. Officially the United States were neutral, but had attempted to conduct trade with France despite the British blockade. Britain, in response, would seize American ships and press American sailors into serving in the Royal Navy. Furthermore, the British had been supplying arms to the Aboriginal people who raided American frontier settlements, hampering the expansion of the United States.

Calhoun was angered by the British Empire hurting the United States economically and humiliating it nationally. He argued that the United States’ honor could only be reclaimed on the battlefield. There was also the hope of expanding the country’s borders. Both in the north with the British territory that later became Canada and in the south with Florida, which at the time was ruled by Spain, an ally of Britain.

While Calhoun was not the only politician in the United States government advocating war as a means of solving the country’s problems, he was definitely one of the leading figures within this group. Ultimately, the warhawks were able to inflame a fierce nationalist, anti-British sentiment into the American public, as well as put significant pressure on President James Madison. These were big contributing factors to the outbreak of the War of 1812.

The US governments’ opposition to European colonialist expansion in the Americas led to the Monroe Doctrine being issued in 1823. In Prelude 2 of our series about the Cuban Missile Crisis, Indy talks about this in more depth.