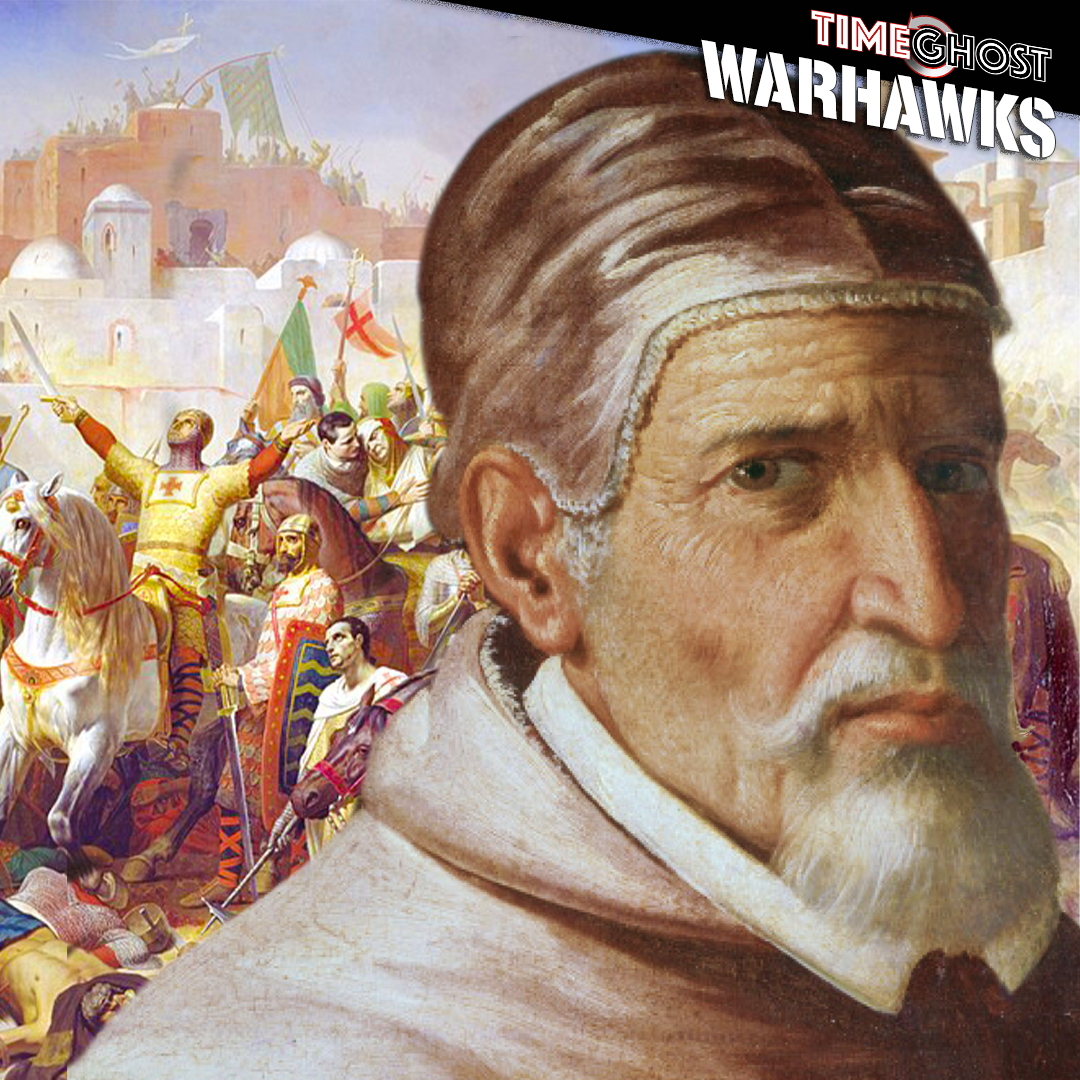 Pope Urban II, Bishop of Rome from 1088 until his death, was the first Pope in history to initiate a crusade. The idea of the First Crusade took shape in 1095, due to a call for assistance from the Byzantine emperor Alexios I. Seljuk Turks had invaded and conquered parts of Anatolia, and posed a threat. To garner support for these plans, Urban made a number of speeches in the following years, all with widespread success.

His efforts made the initially small force of Christians to assist the Byzantines grow, through emphasis on saving the churches that had been “sold into slavery”, securing the Holy Land for Christianity, and complete absolution of sins. But Urban also used the crusades for personal gain, to remove a rival claimant of the Papacy, “Clement III – The Antipope” in 1097.

The phrase “Deus Vult”, or “God Wills It”, has been said to come from Pope Urban II, but today it is considered unclear whether it originated from his speeches or writings. The four letters he wrote to the Flemish, Bolognese, Vallombrosa and Catalonia, all have these points in them, although in varying importance or relevance.

Pope Urban died two weeks after the fall of Jerusalem in 1099, but did not live long enough to hear the news of his crusade’s success.