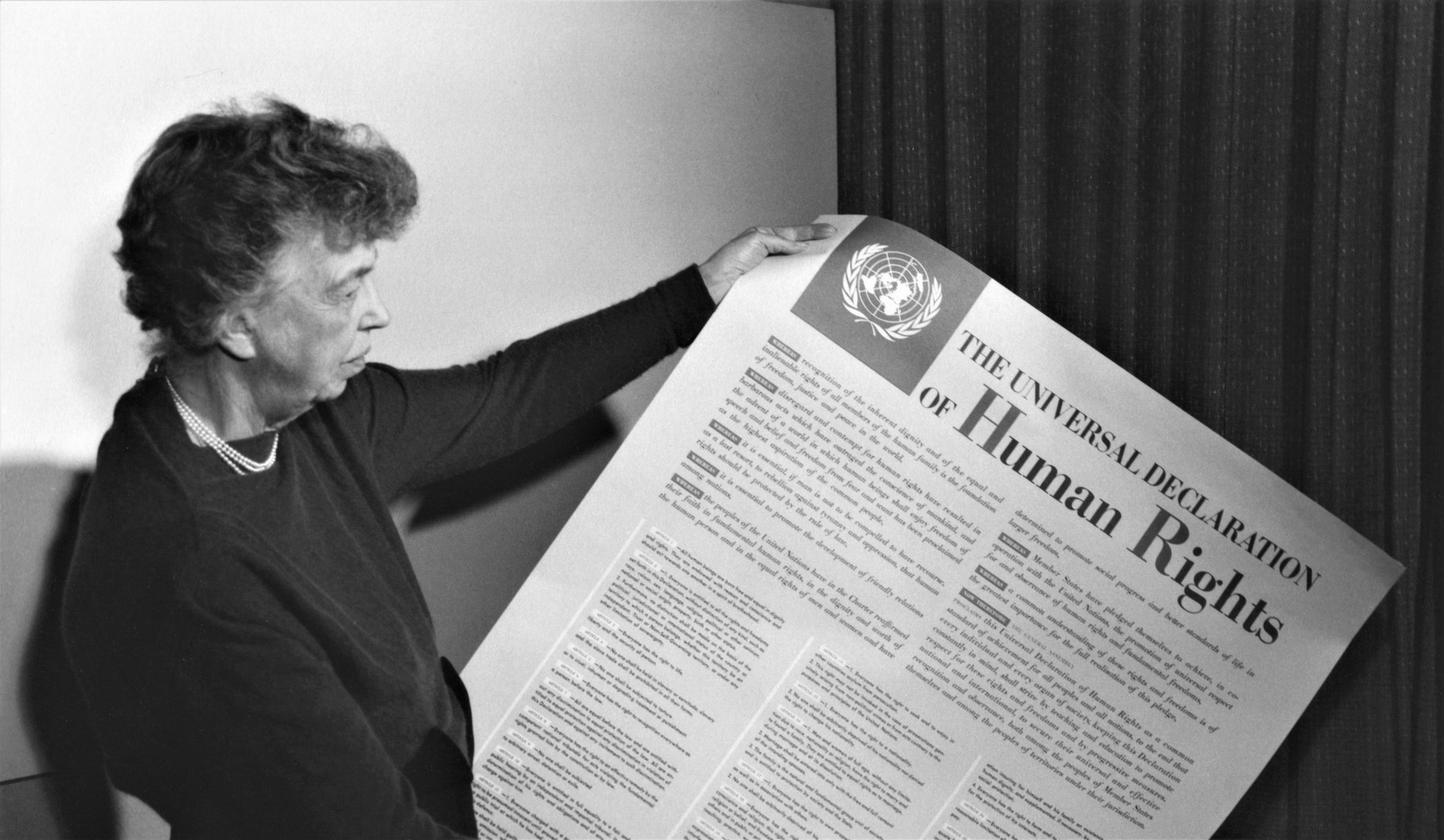 From 1941 and throughout the rest of the war, the Allies gradually formulated the framework and principles for the United Nations. On 26 June, 1945, the final draft for the charter that would create a permanent new international organization was presented to the original 50 signatories. It was unanimously approved and signed by all delegates.

The UN Charter mandates its members to maintain international peace and uphold international law, but also to respect and observe human rights and fundamental freedoms for all. A year after the signing, the Commission on Human Rights was created to draw up a concrete and universally accepted statement of these rights and freedoms. The Drafting Committee was spearheaded and chaired by Eleanor Roosevelt.

After almost two years’ work, the final draft was presented to the UN General Assembly. Of the 58 UN members at the time, 48 voted in favour, 0 against, 8 abstained, and 2 failed to provide a reply. And so, on 10 December, 1948, the Universal Declaration of Human Rights was adopted.

Eleanor Roosevelt did not only play an important role in the actual drafting of the declaration. She was also instrumental in mustering the backing needed for its adoption. With the skillful use of her fame and popularity as the former First Lady and her ability to appeal to people of different political views, as well as her experience from political campaigning, she garnered support both in the United States and internationally. It was her genuine opinion that the UDHR “may well become the international Magna Carta of all men everywhere.”