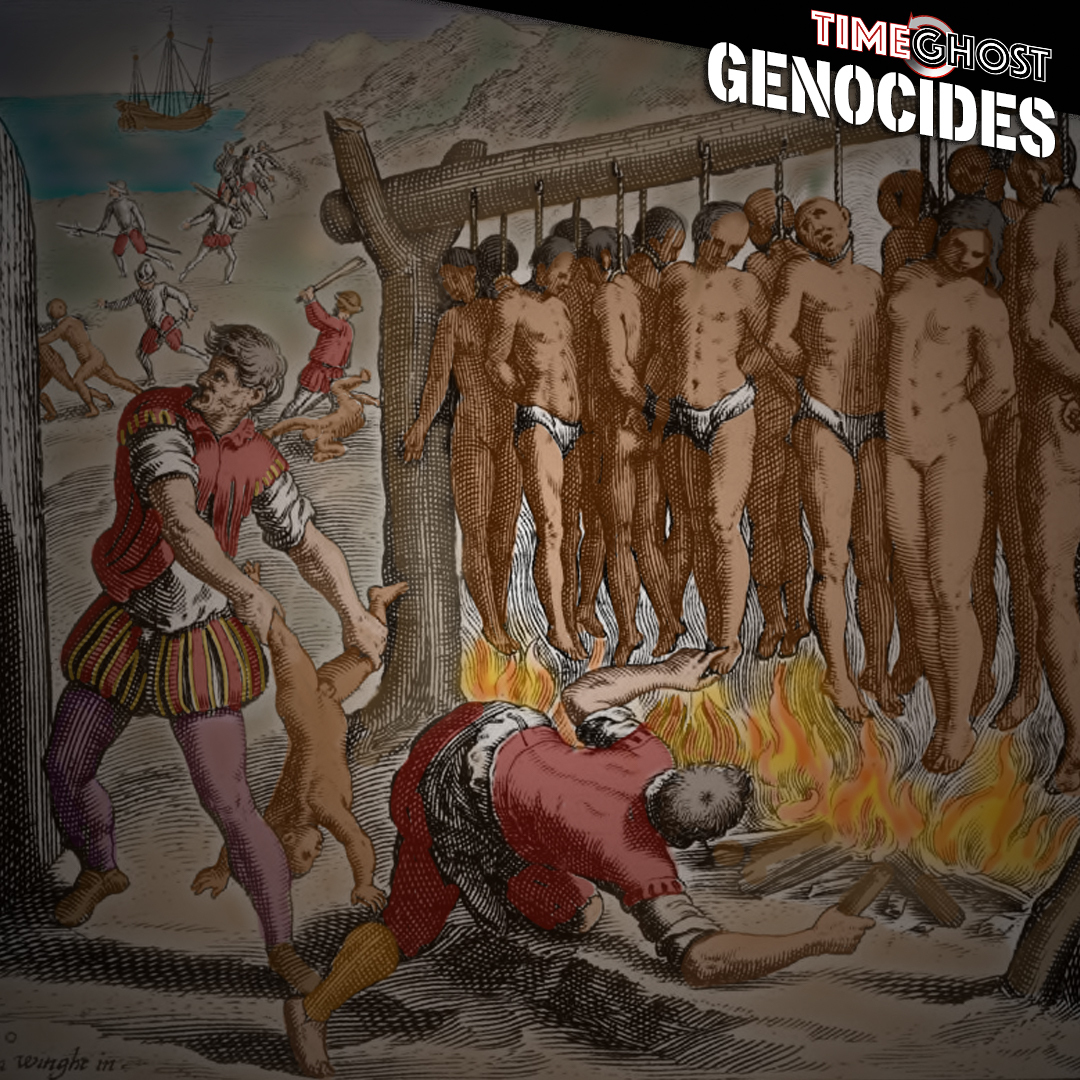 HISTORIC GENOCIDES #4: The destruction of the Native Populations of the Americas 1492-present day

Since the arrival of Spanish explorers to the Americas, there has been wide scale death and destruction of the indigenous populations.

During the Spanish conquest of the New World, it is estimated up to eight million people died, which was mainly due to Old World diseases and warfare. By 1542, the New Laws were implemented, which further killed natives through forced conversions to Christianity and deadly working conditions. Efforts were made the resist the European explorers in the early stage of colonialism, but disease and labour decimated populations and made the ability to resist minimal.

The perhaps most infamous act of genocide against the Native Americans of the modern United States was the trail of tears. This began with the Indian Removal act of 1830 by President Jackson as a forced migration and removal of Native American populations from valuable land for white settlement. The Cherokee, Muscogee Creek, and other tribes were forced west of the Mississippi river, designated ‘Indian Territory’. These displacements saw the dissolution of the Muscogee Creek, tribe, though they initially resisted with the Creek Alabama Uprising of May 1836. The spread of Smallpox and Cholera decimated the native populations with around 2,000 – 4,000 Choctaw succumbing to Cholera during the first removals. Some politicians like Lewis Cass ordered no vaccinations be given to certain tribes in 1837. Over 60,000 Native Americans were forcibly removed during the Trail of Tears, with over 10,000 deaths.

In the North Americas, the native population did put up intermittent resistance. In 1609 there was the Beaver Wars against the French, and even in 1923 with the Posey War. The encroachment of the industrial world continues to threat the few indigenous tribes that remain in South America, and descendants of the indigenous populations across the Americas still face issues of disenfranchisement and social segregation.

Watch the Sabaton History video about Francis Pegahmagabow to see how he rose to become a Canadian war hero, despite the racism and oppression he faced as an indigenous North American. https://youtu.be/UJPyLlxj8nY