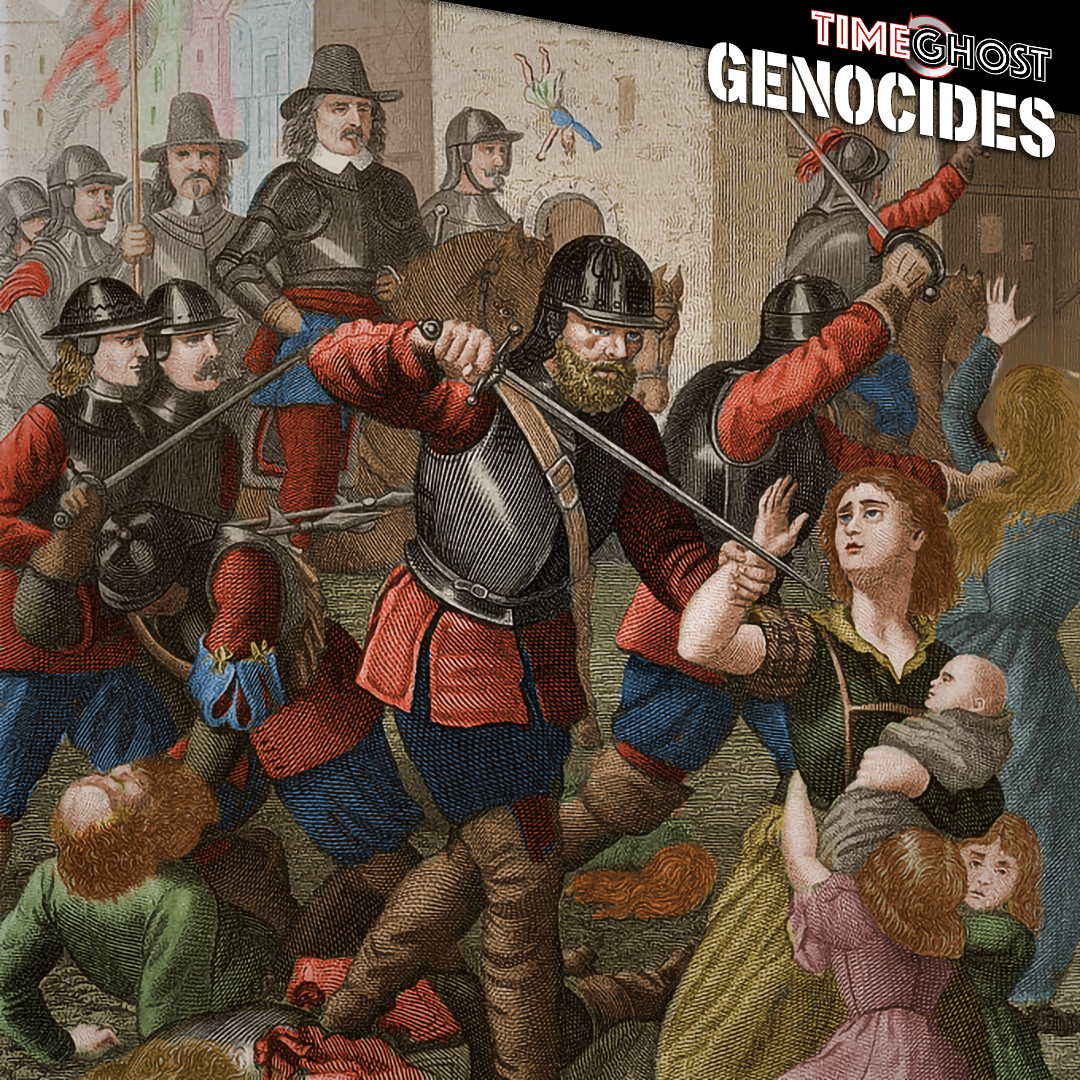 Cromwell’s reconquest of Ireland, beginning in August 1649, was the final act in the broader Wars of the Three Kingdoms that had engulfed the British isles since 1639.

After the execution of Charles I in January 1649, Parliament sent Cromwell to quell the rebellion and confiscate Irish Catholic lands to repay the heavy debts it had incurred in the civil war. At the head of the New Model Army, Cromwell was ruthless in his engagements. When he took the port cities of Drogheda and Wexford he gave no quarter, and thousands of civilians and Catholic priests were massacred, while churches harboring survivors were burned.

By 1651, organized opposition had been crushed, but guerrilla activity ushered in the bloodiest phase for civilians. Areas such as Wicklow County were declared free-fire zones where civilians were killed indiscriminately, and all crops and livestock were confiscated. Destruction of food stocks led to famine, which was exacerbated by outbreaks of bubonic plague. About 400,000 people, about 25% of the population, were killed by war or disease.

The ensuing settlement did not provide any relief whatsoever. Prisoners of war were sold as indentured servants in the colonies, and Catholic landowners were stripped of their land and barred from public office.

Cromwell’s ghost continues to haunt the Irish memory to this day.