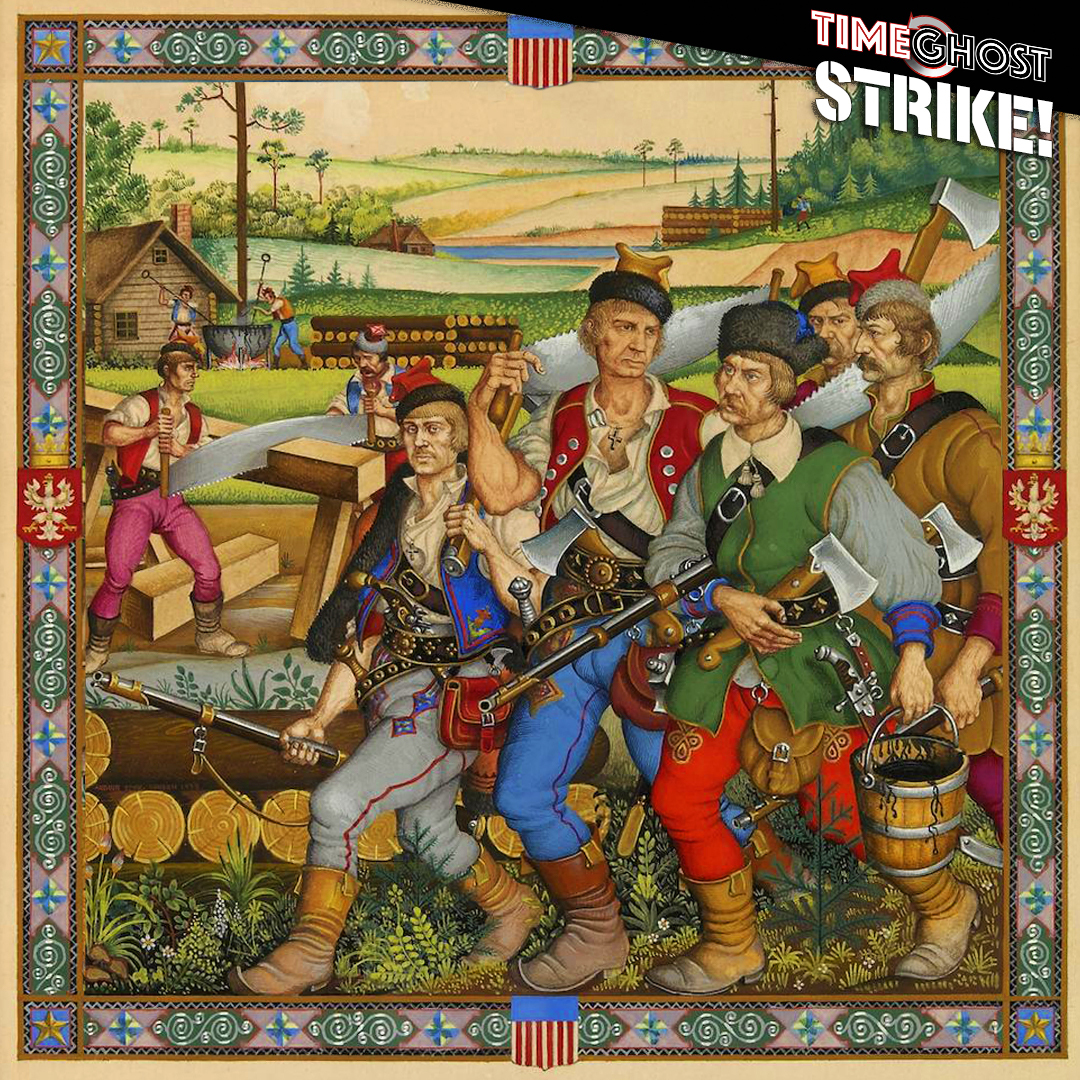 The court records of the Virginia Company of July 21, 1619 contain the declaration of enfranchisement and freedom for resident Poles in the Virginia colony. This was the result of the first workers’ strike ever recorded in North America.

The Virginia Company had recruited Poles over to the colony, to work as skilled artisans making tar and pitch, which were vital raw materials for the shipbuilding industry back in England, as well as soap ashes and ‘pot-ashes’ for soap and glass making. The Poles first arrived in Jamestown in 1608 with the second batch of settlers and were instrumental in propping up the colony’s nascent export economy. Additionally, they were involved in defense against the native Indian population.

When the first elections to the House of Burgesses were held in 1619, however, the Poles were not allowed to vote on the grounds that they were not of English descent. The Poles objected to this political disenfranchisement and downed their tools, although the exact details of the event are long lost to history and subject to speculation.

The Virginia Company’s Council, affected by the loss of income and vital skilled labor, did grant political rights to the Poles, after which they returned to work. The practice of apprenticeship was also established, through which the Polish artisans would pass on their skills to secure the future of the economy.