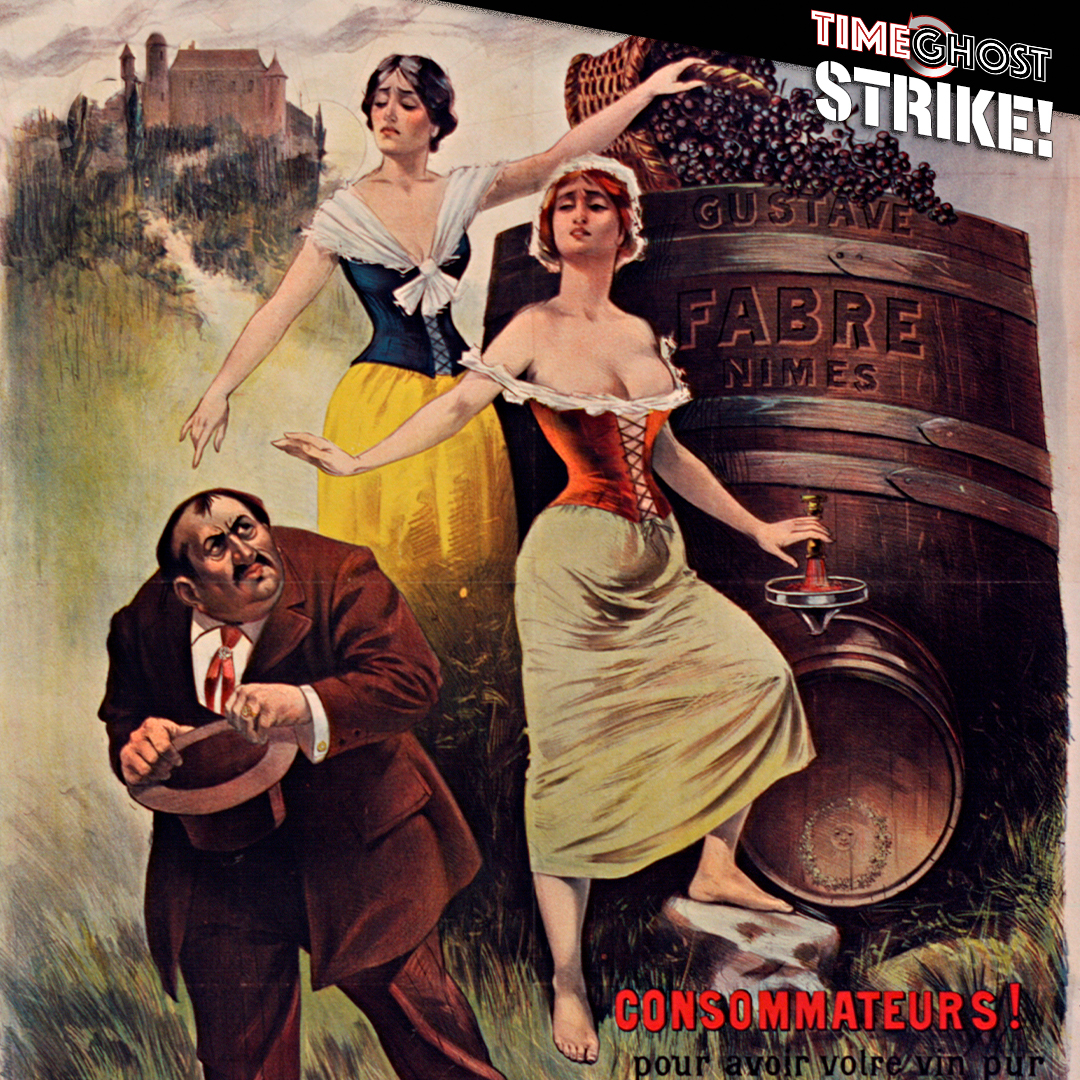 On March 11, 1907, Marcelin Albert and Elie Bernard led 87 winegrowers from the village of Argeliers in Southern France on a march to present serious grievances to a Parliamentary committee.

Cheap imports from Algeria and an abundance of low quality diluted wines from metropolitan France had crippled viticulture in the South. Georges Clemenceau, the Prime Minister, ignored the agitation, but the cries of ‘Long live natural wine! Down with the poisoners!’ swelled.

The Comite d’Argeliers organized rallies every Sunday, and their numbers exploded from 500 protesters on March 31 to an overwhelming 800,000-strong crowd on June 9 in Montpellier. This constituted the largest demonstration of the French Third Republic. Support for the movement spanned the breadth of the political spectrum, from royalists to socialists.

Clemenceau, having originally brushed off the strike as trivial, was compelled to act. He ordered the military occupation of the South by 25,000 infantry and 8,000 cavalry, and the arrest of the Comite d’Argeliers. Clashes between civilians and soldiers ensued, killing 7 and injuring 33. Several local government buildings were looted and burned. On June 20, the 17th line infantry regiment mutinied and fraternized with the demonstrators.

The mutiny and the widespread solidarity with the revolt finally forced Clemenceau to the negotiating table. On June 29, Parliament enacted anti-fraud laws to protect natural wine against tampered or diluted wine, and exempted the winegrowers from taxes due for the previous three years.