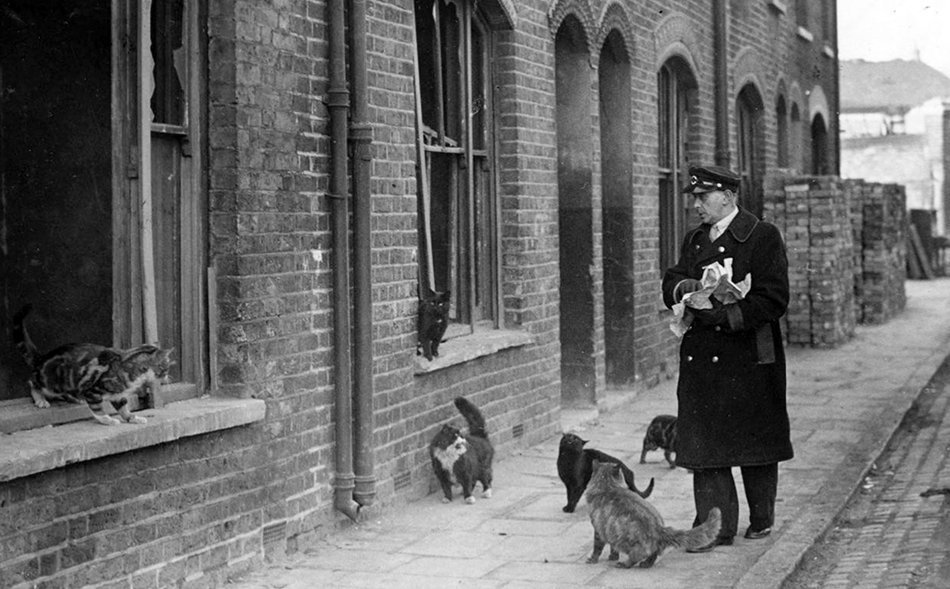 It can easily be forgotten, but war takes a toll on the whole ecosystem. May 21st is Endangered Species Day, so today we’re looking at the impact WW2 had on other animals than humans.

Countless animals lost their lives during WW2. Millions of horses died on the fronts as the war was still largely waged with horse and carriage transports. Pet cats and dogs were euthanized, as people couldn’t care for and feed them- 750,000 in Great Britain alone. Farm animals were slaughtered beyond sustainable limits in plunder and scorched earth. Starvation by policy, sieges, and blockades led to people eating animals they otherwise would not.

Wild animals died as collateral damage in battle, but we have no reliable numbers for how many. At least one species went extinct: the Wake Island rail, a flightless bird endemic to Wake Island. The rail was already threatened by invasive species like rats and rabbits, and in 1944 the Japanese occupiers, stranded and without supplies, killed the last bird for food.

Some animals, though, were saved by the war. Cetaceans (whales, dolphins, and porpoises) for instance, benefited from the naval war halting hunting. The world’s largest animal, the blue whale, was nearly extinct in the 1930’s. Without the interruption of WW2 it would probably have been gone by the 1950’s.

In a rather bizarre turn of events, the Nazis also helped reintroduce the wisent (European bison). Hunted close to extinction in the 19th century, the last wild wisent herd of 600 was slaughtered by the Imperial German Army on the Eastern Front during WW1.

In 1923, efforts to reintroduce the species began, using captive wisent, but the program was under-financed. Then, in 1934, as part of his idea to create huge nature reserves for hunting in the planned German Eastern Lands, Goering took a personal interest and put the program in overdrive. Breeding was successful, but WW2 began and the wisent were left in captivity.

As luck would have it though, the herds survived the war. In 1945 zoologists revived the program, and already in the 1950’s the first animals were set free. Today there is once again wild wisent in parts of Europe.