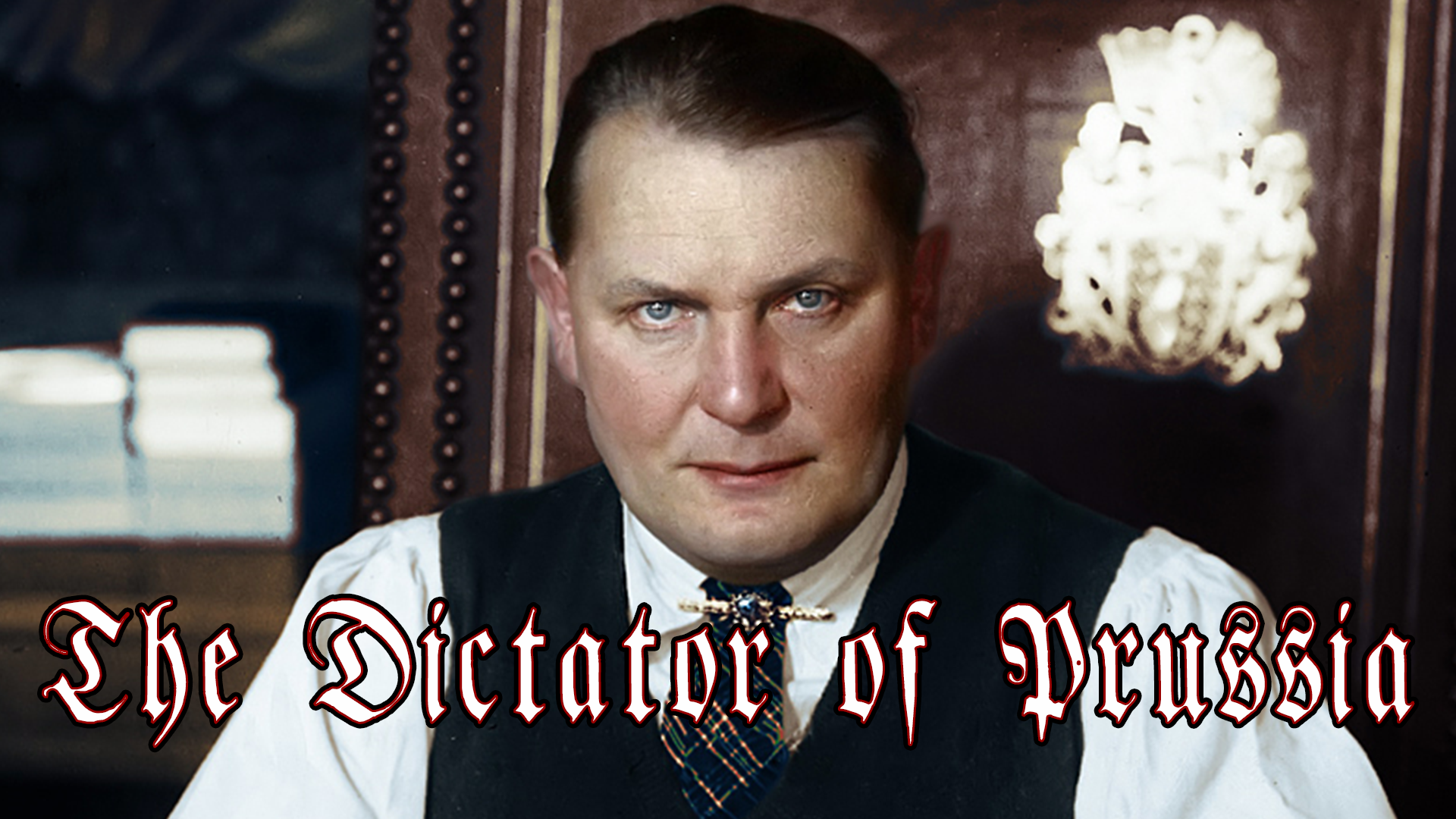 In our video about the German Reichstag elections of 1932, the elections that marks the beginning of Hitler’s rise to dictator, we mention an incident; the Altona Blood Sunday that enables Chancellor Franz von Papen to become dictator of the biggest German State Prussia. It’s a move that will be instrumental in enabling the Nazi power grab. As we mention in the video it will take 60 years and a new forensic investigation to reveal what really happened that day. This is a brief coverage of that investigation. If you haven’t seen the video you can watch it here:

OK, so during the demonstration in Altona 16 people are killed, mostly Altona residents that are not involved in the actual street violence. The Police quickly arrest four Communists as suspects; Bruno Tesch, Walter Möller, Karl Wolff und August Lütgens. In a trial that seems completely conclusive they are found guilty of the shootings and given the death penalty. They are executed by beheading in 1933.

For almost 60 years no-one will question this as the prosecution presents what seems to be clear forensic evidence, tying guns and ammunition found on the suspects shortly after the shootings to the results from the autopsies. The prosecutors make a convincing case the the four had shot randomly into the crowds from roof tops and top floor apartments. But one man, a French resistance fighter and historian, Léon Schirmann finds the story fishy.

In 1990 when he is 71 years old, he goes to Germany and digs up the police reports of the searches and arrests. He discovers that there is no mention of any discovery of multiple guns, but only one gun on one of the suspects; a 7.65 mm pistol. However, in the court documents there are suddenly four guns and a 7.65 mm bullet, forensically determined to have been fired by that one gun, and found inside one victim’s corpse. Schirmann continues to dig and now looks into the actual autopsy records. They state conclusively that all of the 16 victims had been shot by 6.35 mm bullets, and no other calibers which coincidentally is the caliber of the guns used by the police.

Schirmann’s conclusion is obvious: the four men were innocent and they were framed. In the 1990s it is impossible to determine who had planted the evidence, falsified the repots, and tampered with the forensics since all of the involved are by then dead. It is however conclusive enough for the courts of Hamburg to retry the case in 1992 and posthumously overturn the charges, expunging the criminal records of the accused. Obviously that comes as little comfort for the four dead men, but for the men’s descendants it matters.

It also casts some shade over von Papen’s involvement in the whole affair, with speculations arising that he was involved personally. After all it was this incident that gave him the argument he needed to convince Hindenburg to hand him special powers in Prussia – also it’s almost impossible that all of this was done without knowledge of, if not von Papen himself, at least people close to him.

Now, von Papen specifically uses the arrest of the four suspects to argue that the situation in Prussia is getting out of hand with armed militants running rampant, requiring extraordinary measures. Moreover the emergency decree that he has Hindenburg sign is drafted already four days before the incident, which has led to speculation that not only was von Papen involved in the the fake convictions, but that he might even have had a hand in at least letting the demonstration get out hand, if not outright provoking it. All of that remains wild theories of course, but the whole matter does show what a convoluted mess the 1932 German elections were. It’s also a sobering story about how political violence clouds affairs to the point that the perpetrators of that violence can frame themselves as the ‘only solution’ in times of crisis.

More significantly for the rise to power of the Nazis, von Papen seizing dictatorial power in Prussia will contribute even more to Hitler’s power grab than Hitler’s own appointment as Chancellor. You see, many months before Hitler becomes dictator of Germany, Hermann Göring will succeed von Papen as dictator of Prussia and it is from here that the Nazi coup will begin. That is what we will cover in our 1933 episode about Germany in the Between 2 Wars series.