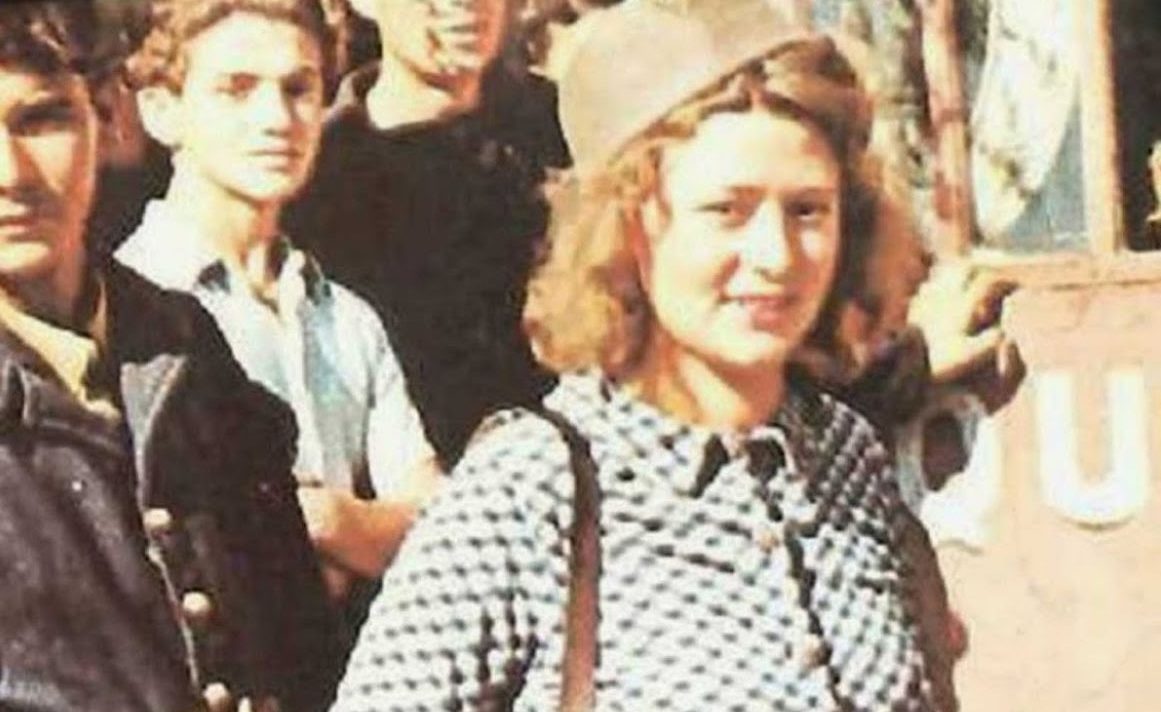 On occasion of International Women’s Day 2018. During WWII women were still forbidden from taking active part in many jobs, one of them was the defence of the their own state.

Defeat and desperation changed that and helped set us on a path of more gender equality. After the standing armies of Europe failed to hold back the Nazis, millions of volunteers took up arms in resistance. When need and desperation trumped gender rules many of them were women. In Yugoslavia more than 100 thousand women were part of the 600 thousand Yugoslav partisans, in France 15-20% of the 500 thousand members of the resistance were women, and so on.

In a time when the rules no longer applied, women rose to the call and made the ultimate sacrifice. Many of them saw active combat and thousands of them were captured, raped, tortured, and murdered.

One of the women lucky enough to survive to this day is Simone Segouin. She took part in sabotage actions, train heists, made supply runs, and went into active combat to support the Allied invasion, killing and capturing German soldiers on equal par with her male comrades.

She was there when Chartres was liberated and she was in Paris along the Allied forces when they took the city. Awarded the Croix de la Guerre and made a lieutenant of the French Army she is one of many WWII trailblazers for gender equality. At 92 she’s still active and continues to remind the world of her and her sisters’ contribution to a freer, more equal world.