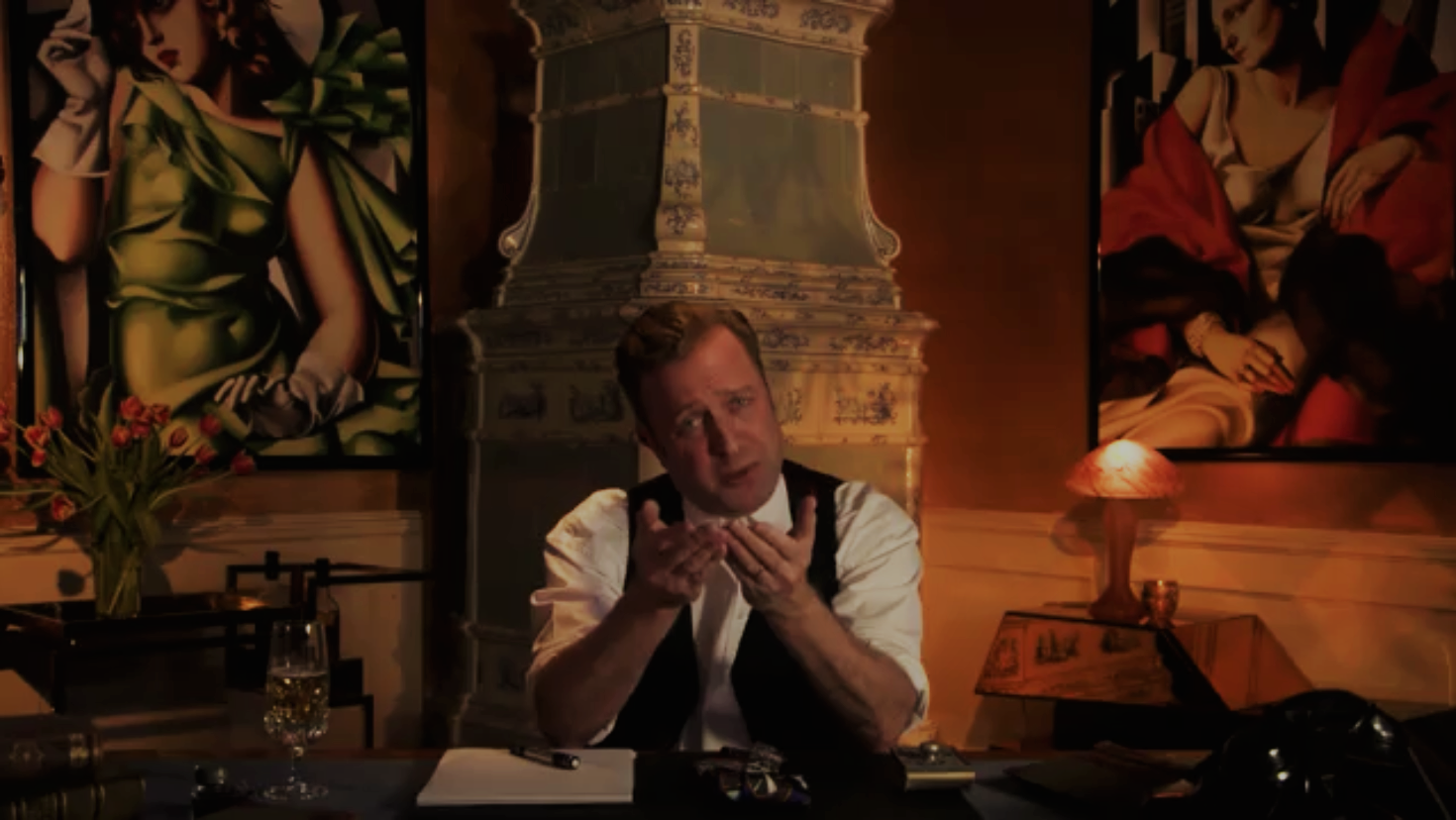 In the WW2 Special about Royalty during World War 2 that we published earlier today Astrid sits in the Between Two Wars set, or if you like, Astrid and Sparty’s living room. It’s difficult to miss the massive, tall, light blue ceramic thing that is always in picture, and many of you have also asked us what the devil it is.

Well…  it’s a Dutch 18th century masonry heater, also called a ceramic heater. Originally it stood in a mansion in Munich, and did so up until World War 2. It was then disassembled tile by tile and stored in a cellar in an effort to preserve it from the wartime bombing. After the war had ended and Munich was being rebuilt, the owners of the mansion ended up never reinstalling it. Instead they sold it, and so in 1947 it was installed in the Teehaus, the house that Astrid and Sparty are the caretakers of, and where we film almost all our content.

In 2019, the mason who installed the heater more than 70 years ago turned 94 years old. For his birthday he came to visit Astrid and Sparty, and the heater. He was on a tour together with his daughter, revisiting all the masonry heaters he had installed during his career to see them one last time. At the Teehaus he had ended up installing no less than three pieces. Another one of them is a 19th century high-end ceramic wood stove, which is a miracle of technology – Spartacus still cooks on it once in a while.