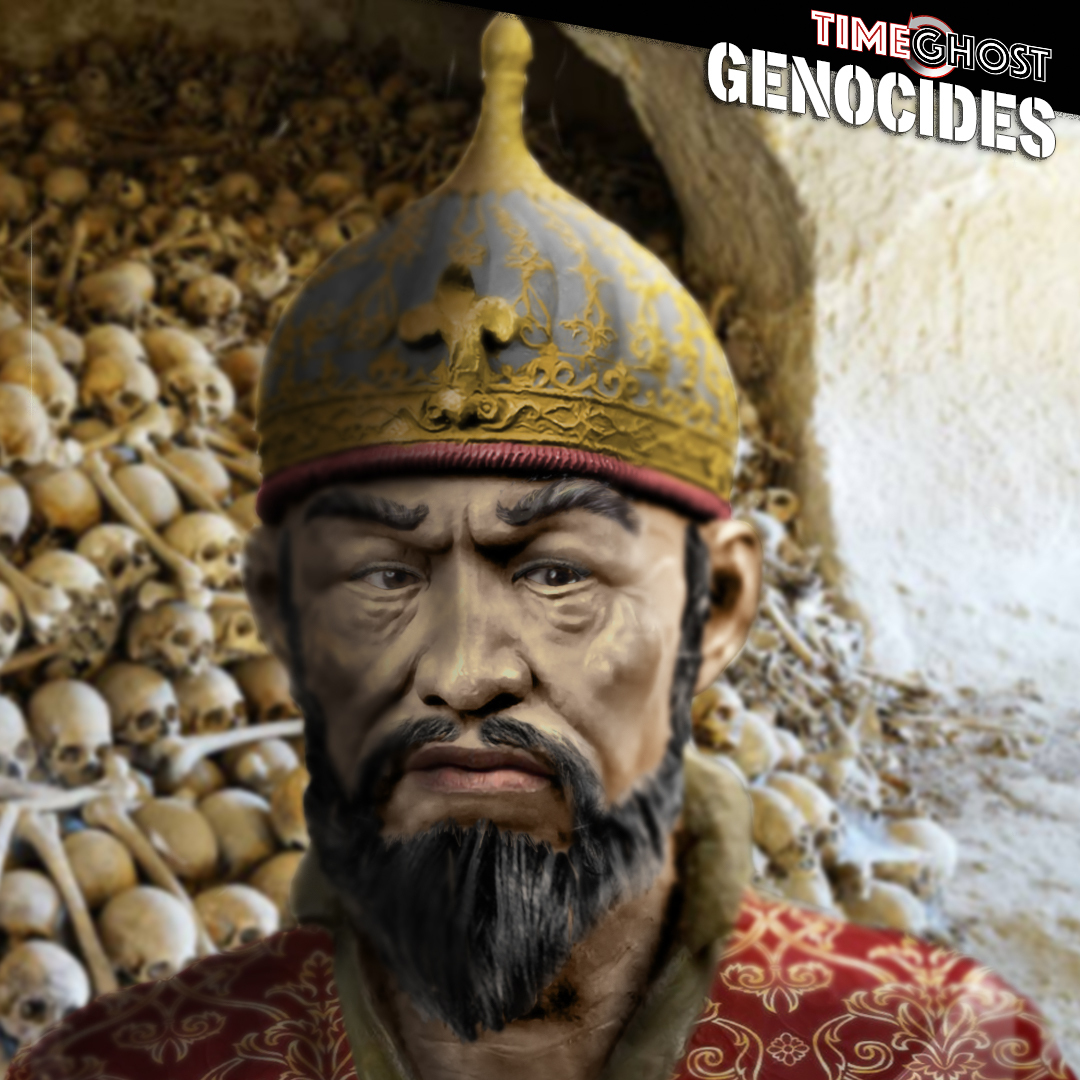 The Church of the East broke away from the churches of the Roman Empire in year 431 when the Council of Ephesus condemned Nestorius, Archbishop of Constantinople, for heresy. The Nestorian Christian community represented the largest Christian denomination by geographical extent, stretching from the Mediterranean to China. It survived the Muslim and Mongol conquests of the high middle ages.

When Tamerlane, a Turk-Mongol from Central Asia, rose to power in 1370 with a vision to restore Genghis’ Mongol Empire, it spelled doom for a community already devastated by isolation and disease, including the Black Death.

Tamerlane was brutal, and his campaign took on the character of a ‘holy war’. He converted the ‘Borgijin’(the ruling class) to Islam and referred to himself as the ‘Sword of Islam’. He erased the Christian populations when he invaded Armenia, Georgia, and Syria in 1400. In 1401, he captured Baghdad and erected a pyramid of skulls as a reminder of his victory.

There had been roughly 200 bishoprics of the Church of the East in 1291, but by Tamerlane’s death in 1405, only seven of them remained. Subsequent persecution by Tamerlane’s grandson Ulugh Beg would ultimately extinguish the Church.

Christianity would never regain its foothold in Central Asia.

Image: Forensic Recreation of Tamerlane based on his skull.
Colorization and montage by Spartacus.