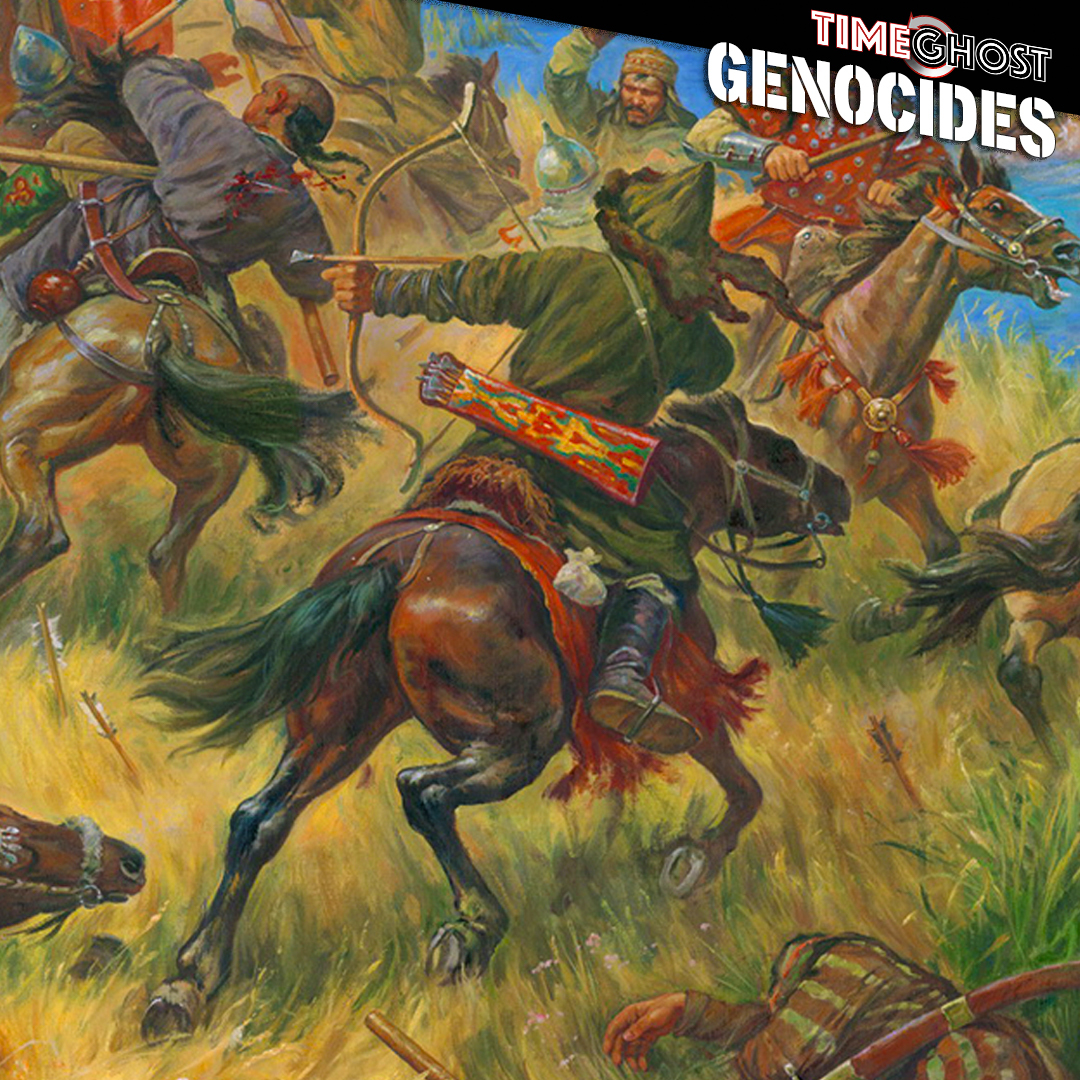 In WW2 week-by-week, several massacres of Jews are carried out by the Nazis at this point. We are also publishing a War Against Humanity episode about ‘the banality of death’, and a Sabaton History episode on the song ‘We Burn’ that covers the ’95 Srebrenica genocide.

To commemorate and honor all the individuals and groups of people who have been persecuted and violated this way, this week’s posts will be dedicated to genocides through history.

The Western Xia dynasty emerged in 1038 in what is today the Northwestern part of China, and it was inhabited by the Tangut people. As Genghis Khan cemented his power in Mongolia, he looked to expand his borders. Genghis Khan regarded Western Xia as an obstacle standing between Mongolia and the rest of China.

Genghis launched a full scale invasion in 1209. By the following year he had conquered Western Xia and turned it into a vassal state that had to pay tribute regularly and provide soldiers for Mongol campaigns against their neighbors. Later, when Genghis Khan requested more troops for his expansion into Central Asia, Western Xia refused and instead attempted to break away from the Mongols reign.

Enraged, Genghis Khan and his forces invaded Western Xia a second time in 1225. During the invasion, Genghis Khan ordered a policy that specifically aimed at the destruction of Western Xia and removing any trace of its existence.

Previously, the Mongols would spare cities that surrendered peacefully and did not put up resistance. This level of restraint was rarely seen during the second invasion. Mongol forces plundered, murdered and razed the capital, Yinchuan. Those who survived and did not flee from Western Xia had their land absorbed into the Mongol empire and themselves assimilated into Mongol culture.

This effectively marked the end of the Tangut people being their own separate group. Not much is known of Western Xia today, largely because of the scale of the Mongol destruction, which serves as one of the very first recorded examples of genocide in history.