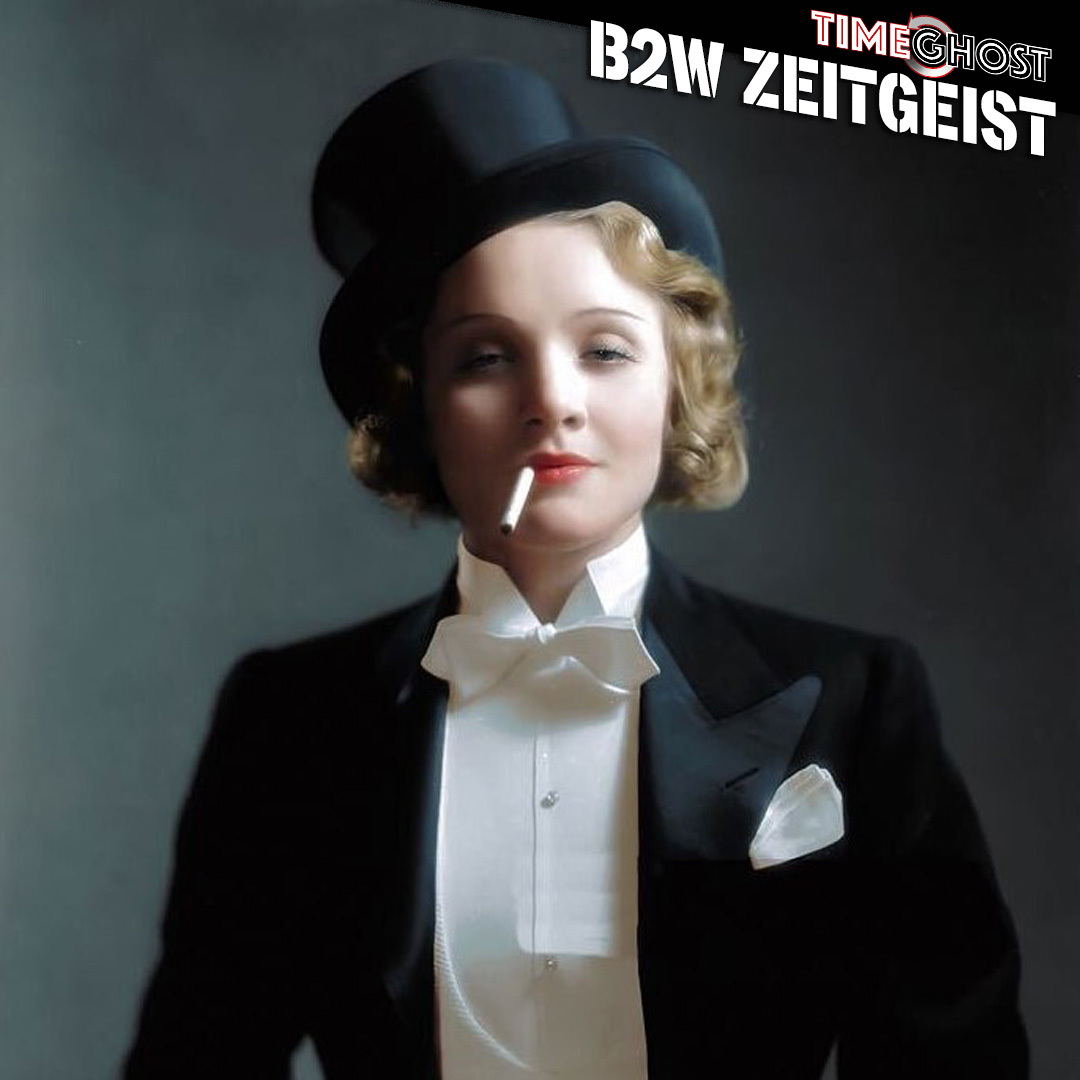 Marlene Dietrich was born in 1901 in Schoneberg, part of modern-day Berlin. As a teenager her interest in stage and acting awakened. Her began her career as a chorus girl in stage productions, and made her debut on screen at 21 in the silent film ‘The Little Napoleon’.

Marlene’s career really took off in 1930 with the role she landed in ‘The Blue Angel’ (Der Blaue Engel), that became an international success. The score included the iconic song ‘Falling in Love Again”, Marlene’s signature song for the rest of her career. Many of her ensuing film roles would include her singing or performing musical numbers. In the romantic drama ‘Morocco’ from 1930 she wears men’s tails and top hat, and kiss a woman, both very provocative things for a woman to do at the time.

Throughout her life, Dietrich had strong political beliefs and used her fame to act upon them. In the late 1930’s she created a fund together with other exiles, to help Jews and dissidents escape from Nazi Germany. Her $450.000 salary from acting in the 1937 drama ‘Knight Without Armour’ went straight into the fund in it’s entirety.

In 1975 Marlene broke her thigh bone falling off stage during a show, and that injury ended her career. For almost a decade and a half she would stay in her Paris apartment, letting only a small group of family, friends and employees in. But she remained politically active, and had telephone contact with world leaders such as Reagan and Gorbatchev. On the 6th of May, 1992, Marlene Dietrich passed away in her home, 90 years old. Her funeral was a requiem mass attended by around 1500 people, including the President of France, with France’s Legion of Honour and the U.S. Medal of Freedom displayed at the foot of her coffin.

Marlene Dietrich was an integral part in the creation of the modern superstar, something that didn’t go unnoticed by political leaders, as you can see in “How Hollywood Helped Hitler” on BETWEEN 2 WARS S.01.