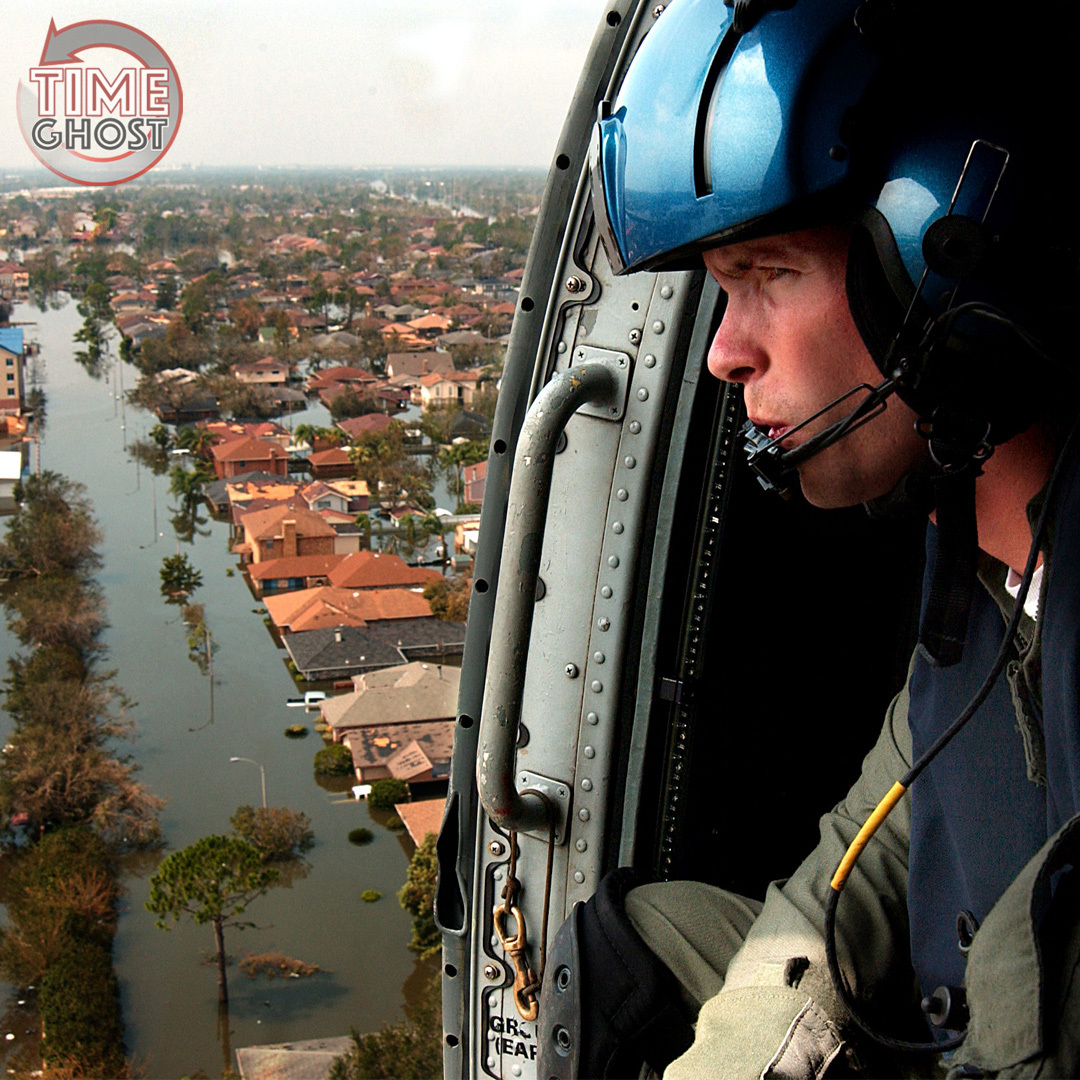 Katrina formed as a tropical cyclone over the Bahamas on August 23rd, 2005. It grew into a hurricane two days later as it passed over the city of Miami on the Southern tip of the USA. In the path of the hurricane lay the states of Louisiana, Mississippi and Alabama.

The city of New Orleans in Louisiana in particular was heavily damaged. The hurricane exposed catastrophic engineering flaws in the levee flood protection system around the city of New Orleans, as well as deep rooted problems within the society as a whole. Right before Katrina hit New Orleans, a general evacuation order was issued to its 480,000 inhabitants. Tens of thousands fled the city, but many remained. Most notably the poorer and senior residents, who lacked access to means of transportation and couldn’t leave.

Of the 1,836 people killed by Katrina 1,577 were from Louisiana. A significant number of them died several days after the storm had passed, stranded by the ensuing floods without food and shelter. The United States’ government’s response to Katrina suffered from a lack of communication, coordination and adequate planning. All of which were made glaringly obvious by the fatal delays and shortcomings of the relief efforts.