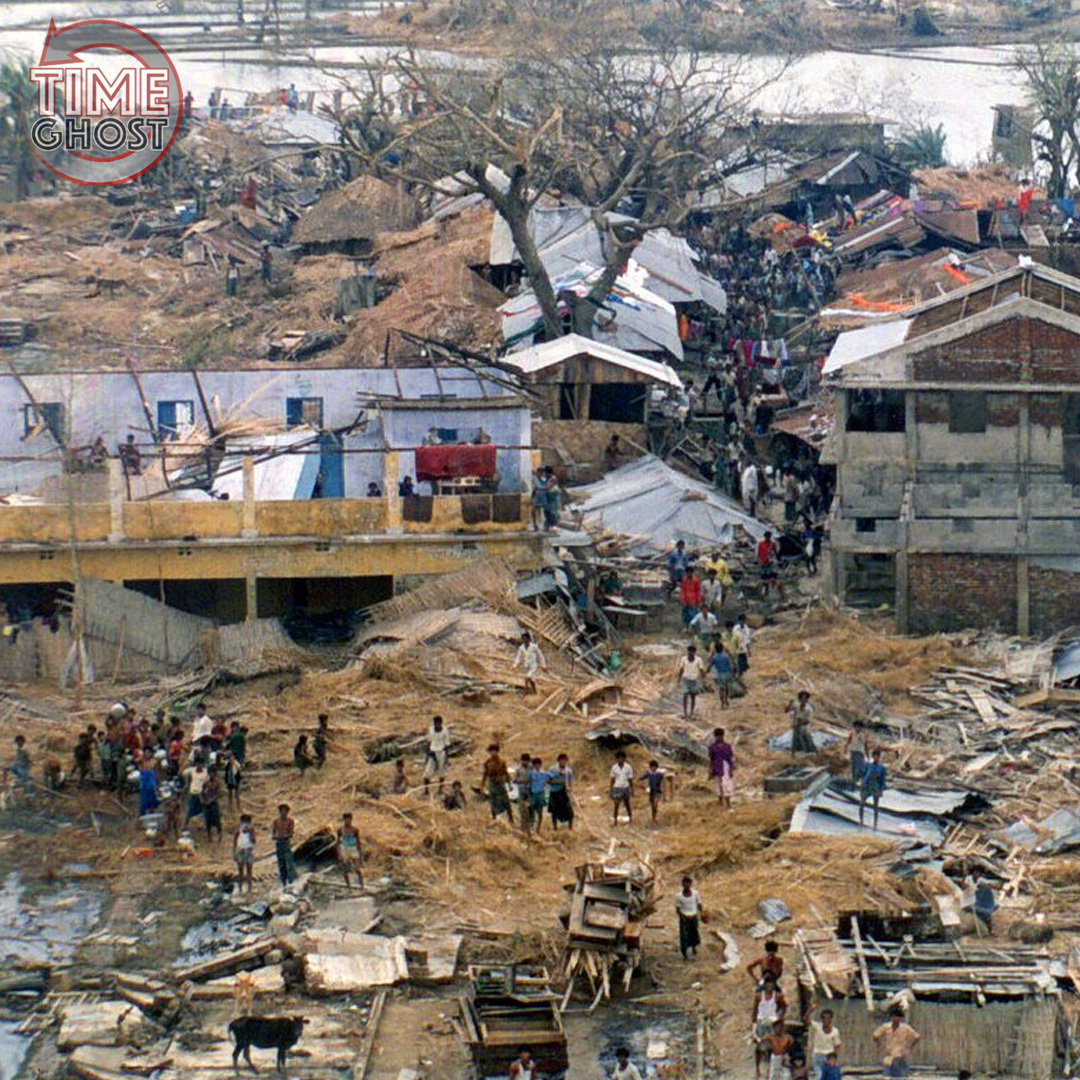 The cyclone hit East Pakistan on November 11th, 1970, with winds of approximately 185 kilometers per hour (115 mph). It is estimated that anywhere from 300,000 to 500,000 people were killed by the storm and the ensuing storm flood, making Bhola the deadliest tropical cyclone in recorded human history. Entire villages were wiped out, hundreds of thousands of cattle were killed, large rice crops were destroyed and thousands of fishing boats were sunk.

The Pakistani government failed to send out proper warnings about the approaching storm, which lead to many people being caught off guard. The subsequent relief efforts were also delayed and hampered by a lack of coordination and misallocation of resources.

The government’s failure to adequately handle the cyclone and it’s aftermath, led to the opposition receiving the overwhelming majority of votes in the election only a month after the cyclone hit. The poor response also greatly exacerbated the already high tensions between the central government and the peoples of Eastern Pakistan.

These tensions spiraled out of control and led to the start of the Bangladesh War of Independence on March 26th, 1971 – less than 5 months after the cyclone hit. After 265 days of heavy fighting East Pakistan won its independence and was recognized as the sovereign nation of the People’s Republic of Bangladesh.

(Note: Image from the 1991 Bangladesh cyclone)