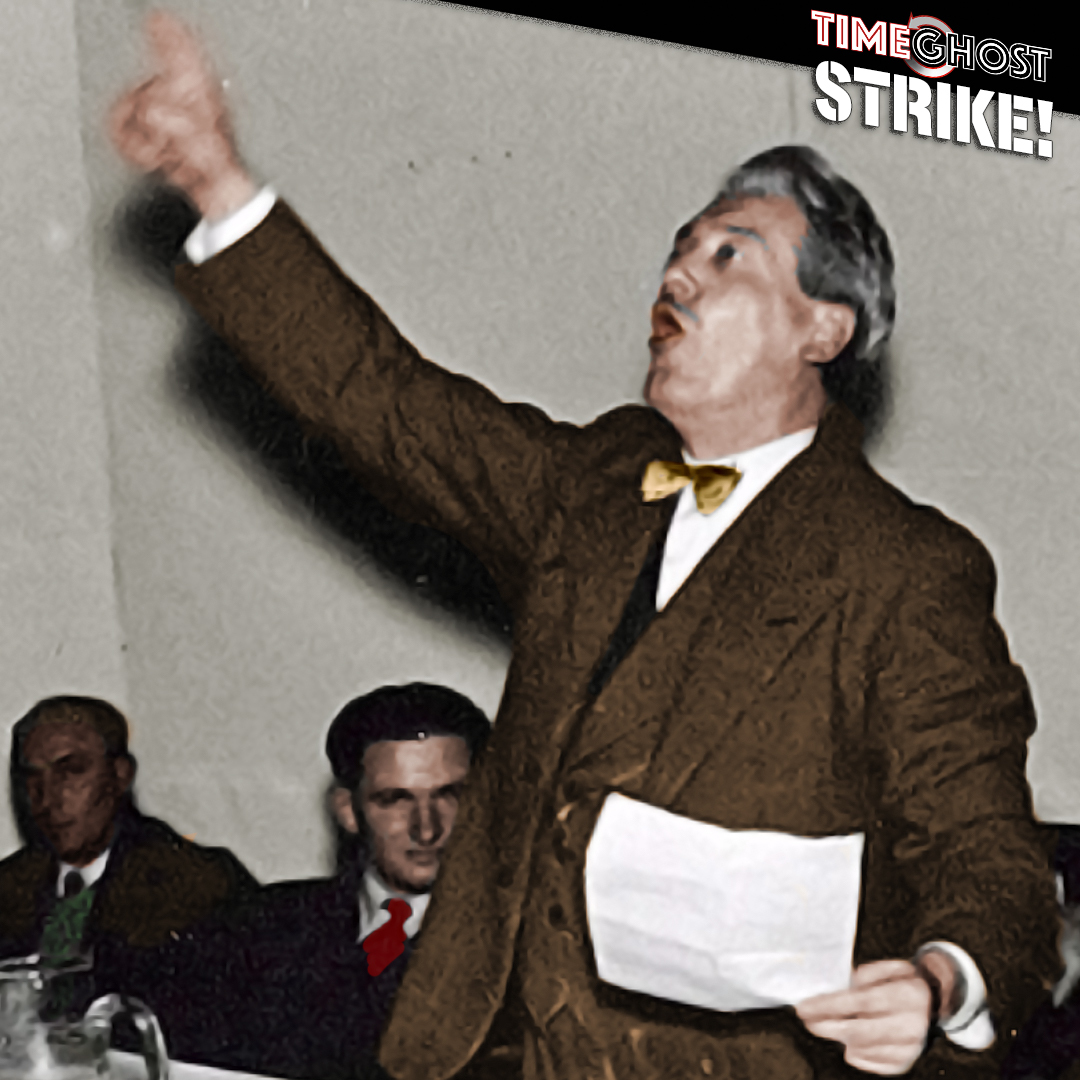 The Strike of the 100,000 was an 8 day long strike in Nazi-occupied Belgium in 1941, led by the head of the Belgian Communist Party, Julien Lahaut.

The strike first started at one of the Cockerill steel works in the industrial town of Seraing in eastern Belgium. The day it began – May 10th – was a significant symbolic date, as it was the 1 year anniversary of the German invasion. The strike originally demanded higher wages, but as word of it spread and other workers across the country joined in, it also evolved into an act of non-violent resistance to the Nazi occupation.

It is estimated that at its peak, approximately 70,000 workers participated in the strike. Not quite 100,000 as the name suggests, but an impressive number nonetheless. On May 18, the occupying German administration agreed to a wage increase of eight percent, to put an end to the growing disruption.

The German authorities had initially tolerated Julien Lahaut and the Communist Party, but the German invasion of the Soviet Union in June, combined with concerns about new strikes, put an end to that. Many of the strikers were arrested, and Lahaut was deported to the Mauthausen concentration camp.