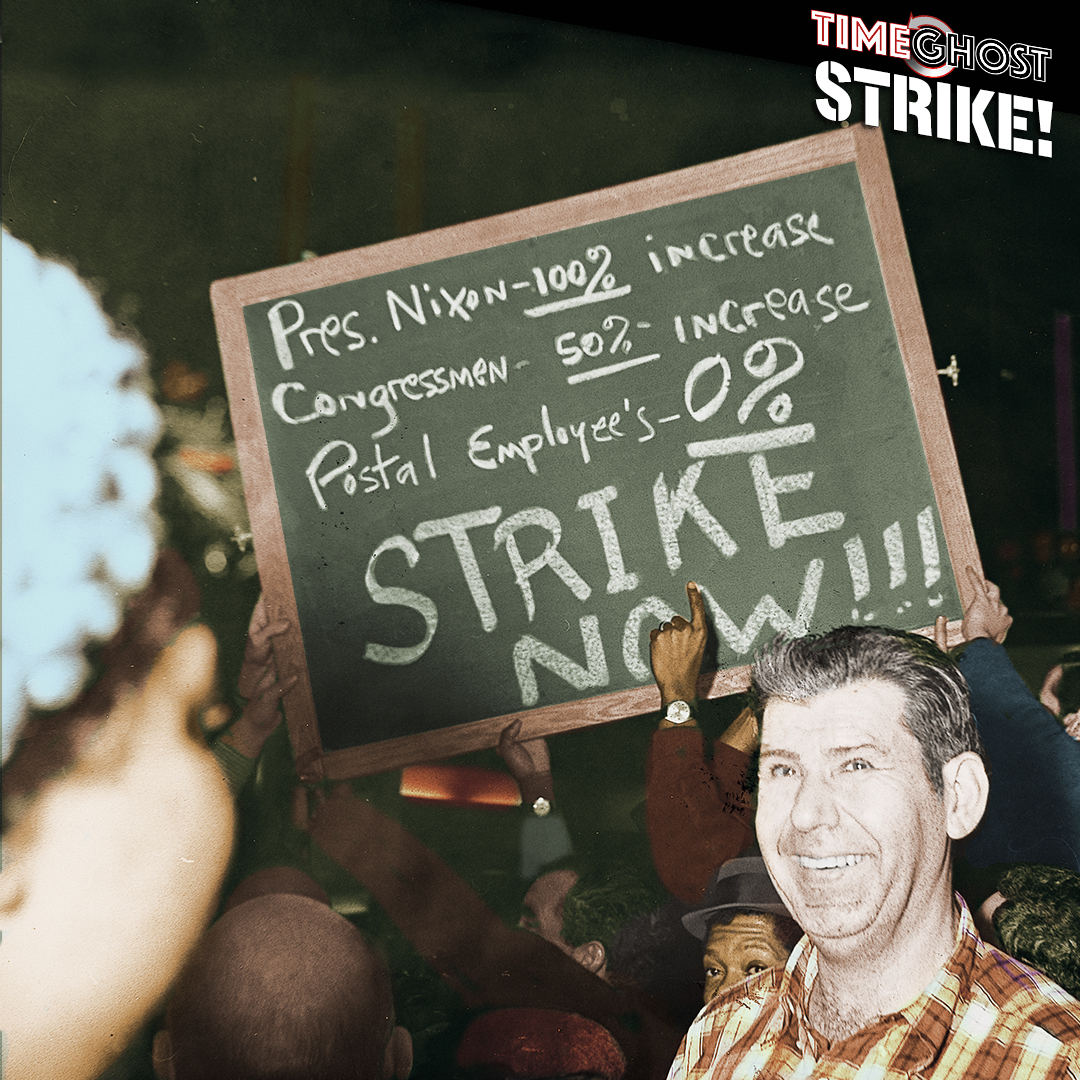 The more than 210,000 strong postal workers’ strike is the biggest unauthorized ‘wildcat strike’ ever carried out in the United States.

In 1970, postal workers were not allowed to use collective bargaining to increase wages. At this time, their wages were very low, working conditions in both summer and winter were poor, and the management as a whole was outdated.

The night before the strike, the United States Congress agreed to raise their wages by 4%, but they also raised their own pay by 41%, which infuriated the postal workers. Originally the strike only affected New York City, where workers spontaneously mobilized, but postal workers across the country joined in when the news spread. With eventually over 200,000 postal employees refusing to work, thousands of draft notices, census forms and tax refunds were delayed, and much of the country’s communication was crippled.

It was illegal for the postal workers to strike, and it was carried out without the union leaders’ authorization or support. United States’ authorities were unsure of how to proceed. Heavy fines placed on union leaders were simply ignored by the strikers, and choosing the hard line, arresting the strike leaders, might only add fuel to the fire.

At first, the US government said that it would not conduct any negotiations until the postal workers returned to work. President Nixon went on national TV, ordering them to resume work. When that had no effect, he deployed the National Guard and other military personnel to distribute the mail, but that too had a very limited effect and was far from sufficient.

After eight days the strike ended with success for the strikers. The U.S. postal workers won the right to collectively negotiate wages, benefits and working conditions. After the negotiations, a new postal worker got a higher wage than what a postal worker with 20 years work experience got just 3 years earlier.

Not a single postal worker was fired from participating in the strike.