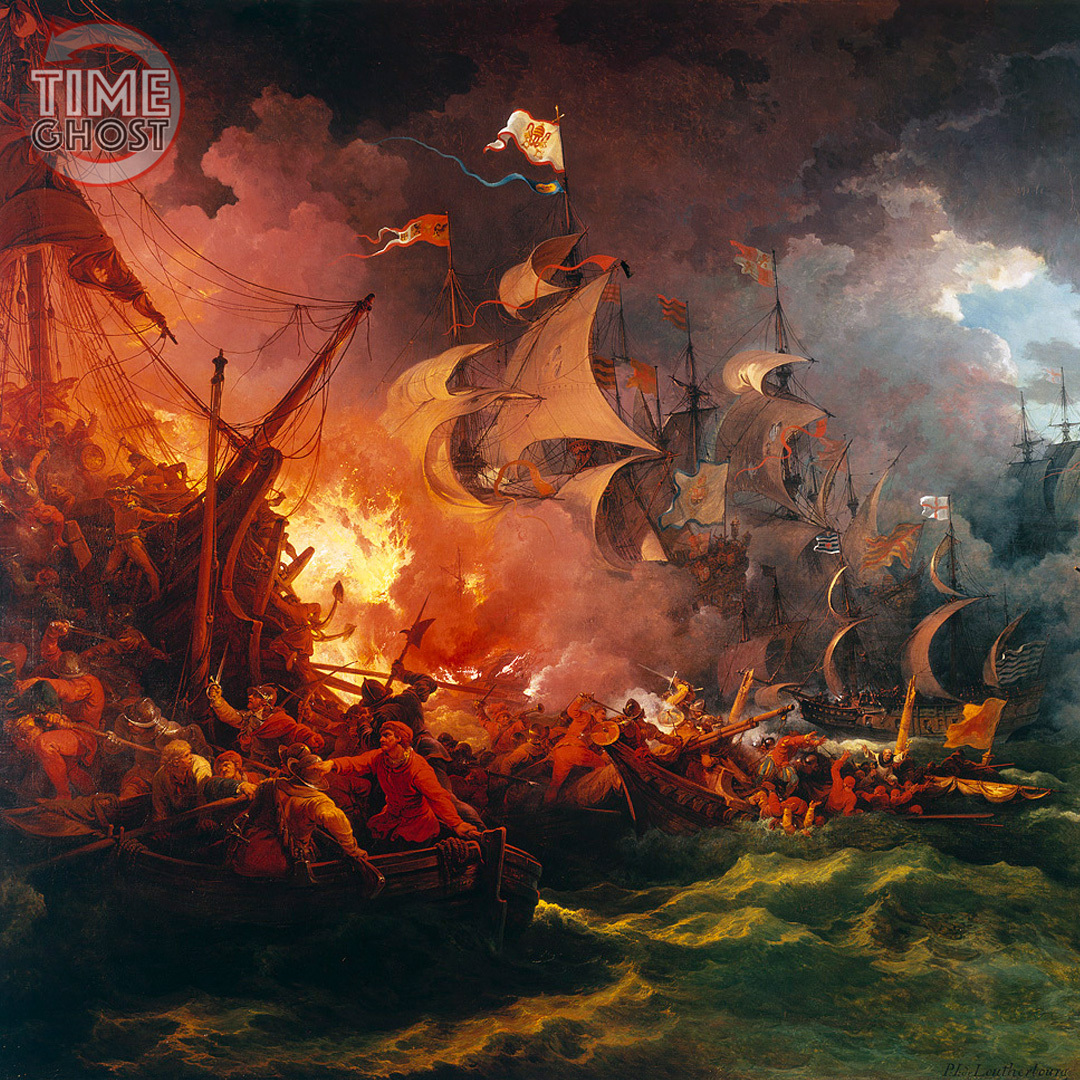 “I sent the Armada against men, not God’s winds and waves”
– King Philip II of Spain

September 1588. The Spanish Armada was in disarray. A supposedly iron-clad plan to mount a seaborne invasion of England and remove the ‘heretic’ Elizabeth from the throne had swung wildly off course by strong wind. Now, a bruised and battered fleet was in full flight through the North Sea and around Ireland back to Spain.

But there was no respite. The fleet was smashed ashore in Ireland by the storm. The Irish inhabitants, mostly under English pay, slaughtered the stragglers who made it inland and promptly relieved them of any valuables they carried. Of around 130 ships that departed from Spain in May, only 67 made it back, with barely a third of the men.

This storm was no less than ‘God’s wind’ for the Protestant cause in Europe that was in a clash to the death with Catholicism. Despite the subsequent failure by the English to capitalize on this victory (the counter-armada fared no better), the event remained an icon of national pride in the same. Its image was invoked in the darkest of days when England faced invasion.

Most importantly, this episode midwifed the birth of English naval power and superiority, and its subsequent role in a global empire that has left an indelible mark on the world as we know it.