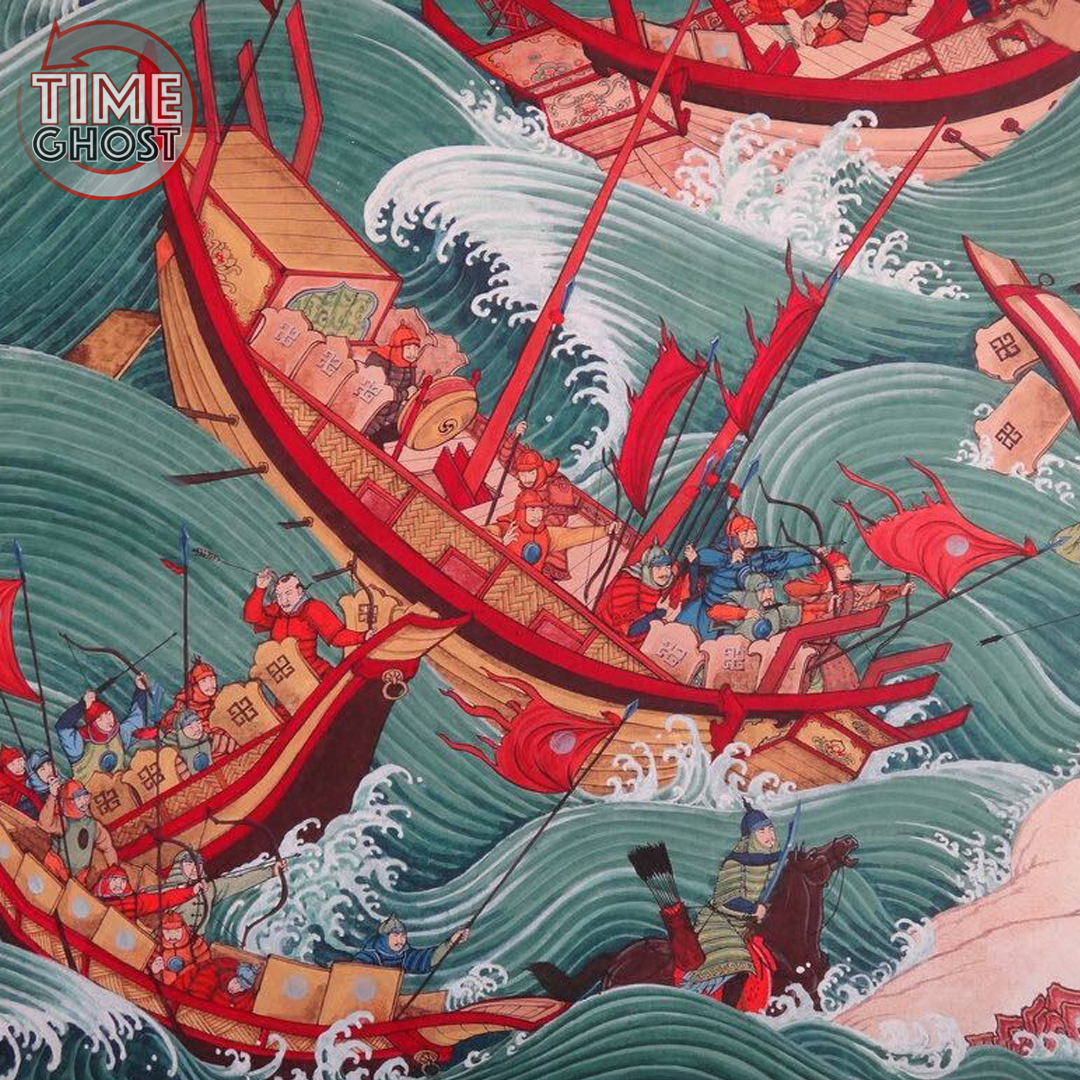 On October 2nd, 1941, Germany launched their strategic offensive on Moscow – Operation Typhoon – named after a powerful and potentially disastrous force of nature. And so, this week will be dedicated to “Storms that Changed the Course of History”.

In 1274, the Mongols were planning a naval invasion of Japan. A previous invasion of China had been very successful and led to a Mongol vassal. After unsuccessful diplomatic attempts with the Japanese, Kublai Khan made preparations to invade.

The Mongols saw victory in the first few weeks, but on the 20th of November a terrible storm and back-wind laid waste to the Mongol fleet, either still anchored in Hakata or retreating back to Korea, crippling their supply and up to a third of the Mongol army. This ended the first invasion attempt.

But the Mongols didn’t give up that easily. A larger army had been gathered for the second invasion in 1281. It started in early June with invasions of Tsushima and Iki. Fighting carried on throughout that month and into July.

But on August 15th, a typhoon came across the Mongols and again wreaked havoc on their fleet still anchored in Hakata, as well as those further back in Imari Bay.
Marco Polo noted that the gale came across the fleet at sea, while attempting to retreat, and due to the dense formation of the Mongol fleet, many of the ships were sunk through colliding with others. Those who survived were executed by the Japanese defenders. 60-90% of the attacking force was destroyed.

This finally put an end to the plans for Mongol invasion, and the Japanese gave the typhoon the name Kamikaze – Divine Wind.