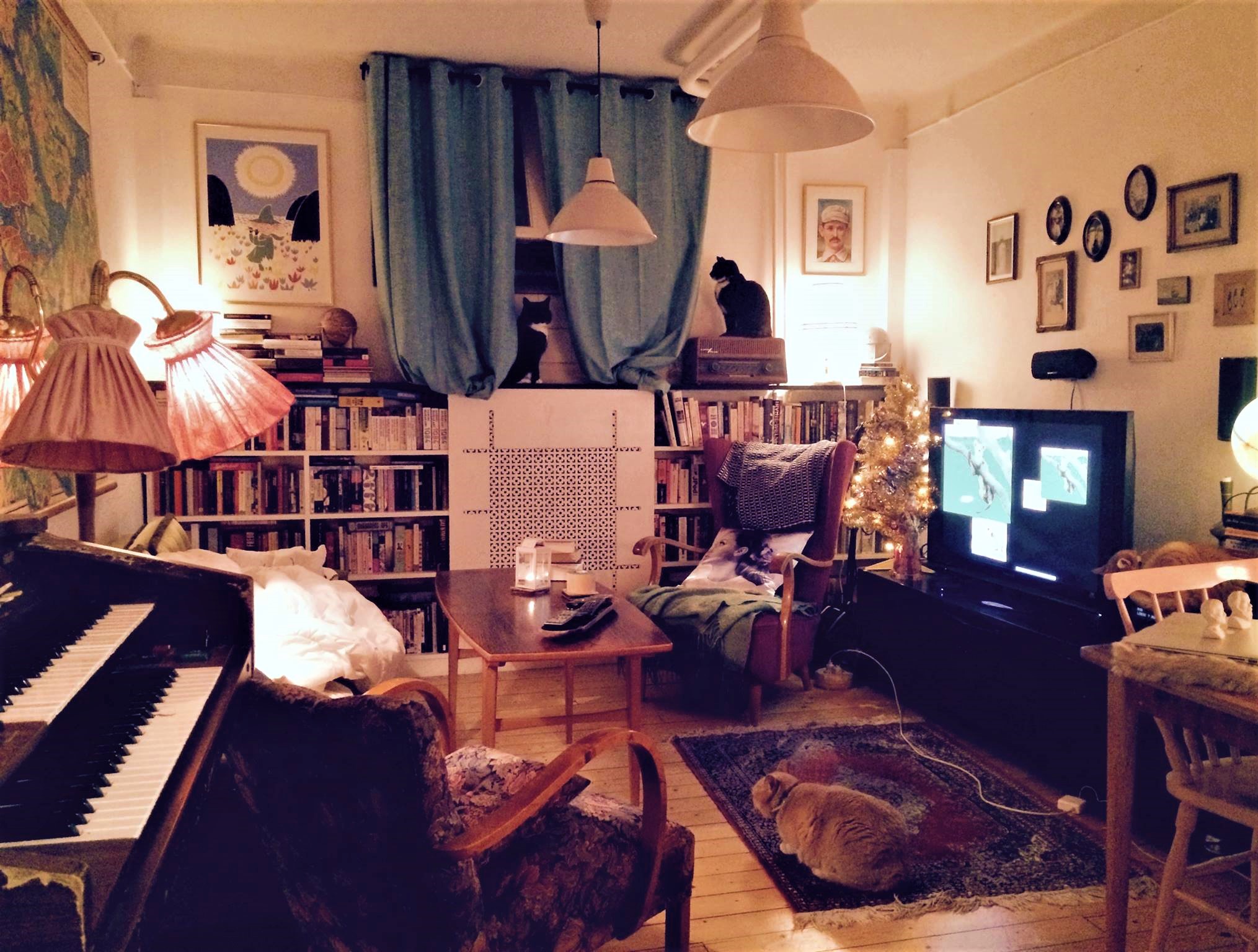 You got to see a glimpse of the Teehaus where Astrid & Sparty lives when we told the story about the Dutch heater, so what about Indy? Well, as you know, Indy is anything but ordinary- and so is his place. So, we invite you to take the exclusive one minute tour and learn its… salacious history. Here’s a few words from Indy:

“My apartment in Stockholm has a pretty interesting backstory: it used to be a bordello.

I mean, it used to be before I lived here- don’t get any ideas. It’s a basement flat, and back in the 80’s and early 90’s it was called “Sofia Motion” (Sofia Excercise) and “Sofia Bastuklubb” (Sofia Sauna Club), with Sofia being the neighborhood, but it was actually a bordello run by a woman and her daughter. My living room was the “massage room” and the bedroom was divided into three cubicle type rooms. This is also why I have a sauna in my bedroom. In an apartment.

The place was closed down and the women evicted in 1996 and I moved in in October 1998- yep, I’ve lived in the same place for 23 years, which is coming up on the total number of years I lived in the US in general (I was 25 years and three months old when I moved to Europe, though I did not realize I was moving at the time. I thought I’d be away a month or so).

Three times since I’ve lived here someone has knocked on the door and asked if we still do “massages” here. I never needed the money badly enough to say yes.”