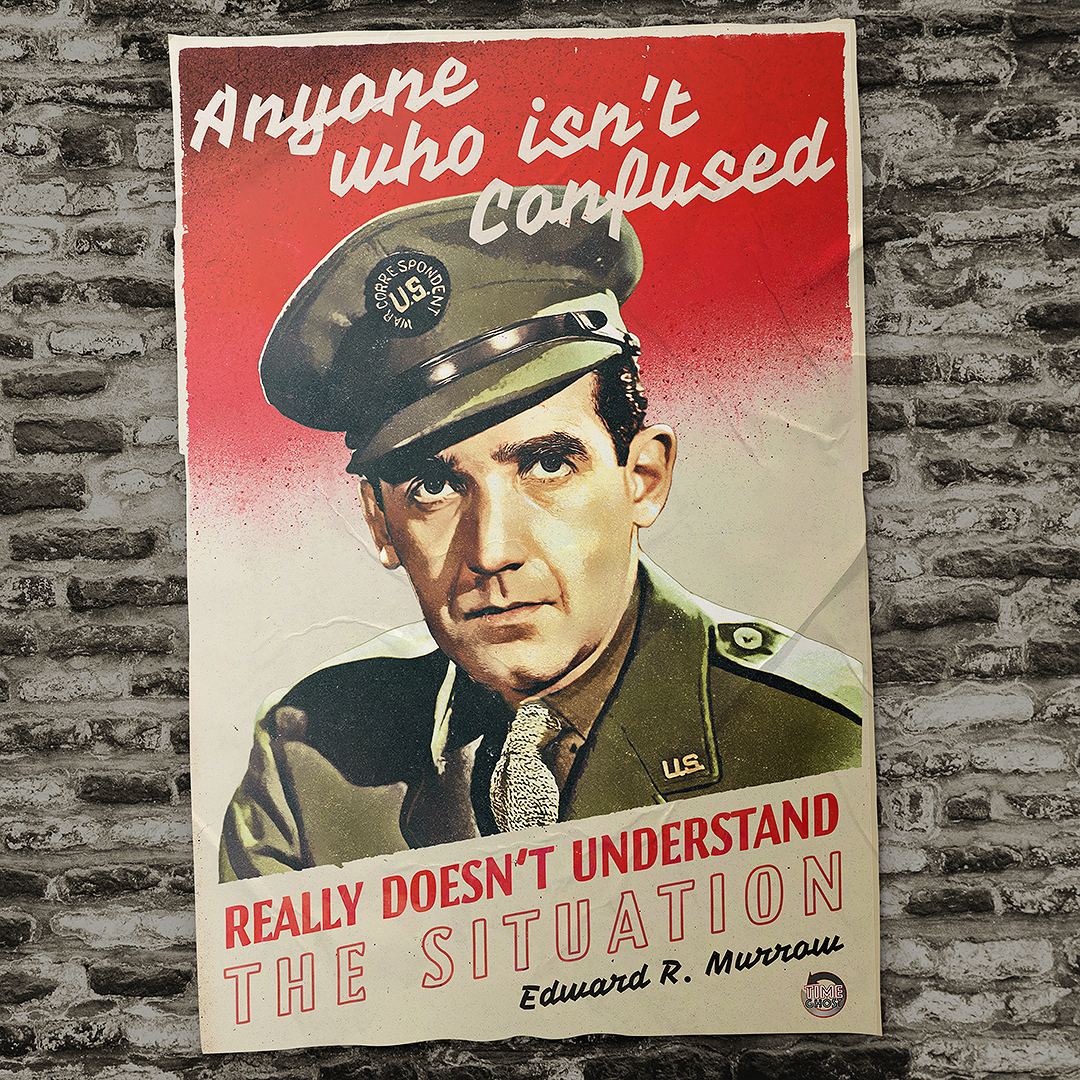 Today, on May 3, we celebrate World Press Freedom Day by releasing a limited time Ed Murrow poster in our collectibles store. Get it here https://timeghost.tv/collectibles/. The artwork, made in the style of our WW2 thumbnails, is designed by our very own graphic designer and resident artist Mikolaj Uchman.
–
EDWARD R. MURROW had an inquisitive mind, a dedication to truth, and a willingness to risk his career and reputation by going against the grain that to this day is an inspiration to us, and many other reporters and documentarians around the world. It is Ed, and all the other war correspondents, who made our work possible.
–
Murrow joined CBS in 1935 and was sent to London as director of CBS’s European operations in 1937. Up until now, war coverage had been provided by newspaper reports, newsreels in movie theaters, and radio broadcasts consisting of wire service reports being dryly read from a studio. Murrow and his team of correspondents, “The Murrow Boys” (which actually included a woman), would change all of this.
–
It started during the nazi Anschluss of Austria in 1938. Murrow got word of the annexation from one of his ‘boys’ stationed in Austria, and immediately sent him to London to deliver an uncensored eyewitness account of the events. On the request of CBS management, the two also put together a ‘news roundup’ broadcast with correspondents from several European cities reacting to the Anschluss. It featured multipoint, radio transmitted live reports, and at the time it was revolutionary.
–
After the outbreak of WW2, Murrow sent live radio broadcasts during the height of the Blitz in “London After Dark”, relaying real-time news about the war with an immediacy, power, and intimacy never experienced before. He flew on 25 Allied combat missions in Europe, recording reports from the planes mid-flight. And on April 12, 1945, Murrow and colleague Bill Shadel were the first reporters at Buchenwald concentration camp in Germany, exposing the nazi atrocities to the world.
–
“To be persuasive, we must be believable; to be believable, we must be credible; to be credible, we must be truthful.”
– Edward R. Murrow