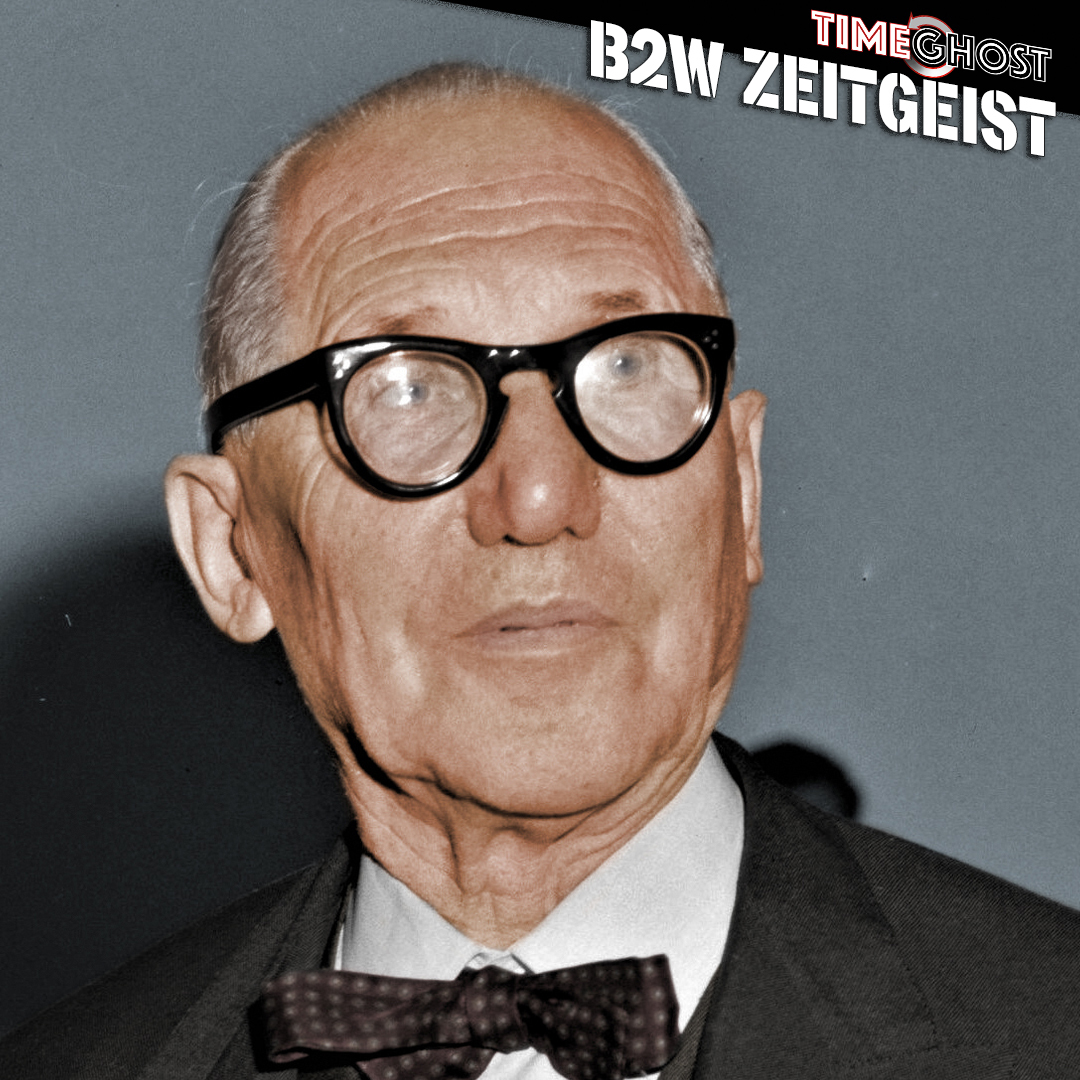 “A house is a machine to live in.” – Le Corbusier

In the early 1920s, Charles-Édouard Jeanneret – Le Corbusier – began publishing his ideas and concepts regarding architecture and interior design as articles in the magazine L’Esprit Nouveau, which he had co-founded. The articles he also compiled into his highly influential books ‘Toward an Architecture’ (1923) and ‘The Decorative Art of Today’ (1925). In them, Le Corbusier passionately described his vision of a modern architecture – abandoning the ornamented style and decorative art of the Neoclassical architecture in favor of austere, minimalist, and functional buildings.

This was evident in his project Villa Savoye in Poissy, France, which remains one of his most famous works and an icon of modernist architecture. The house is a plain white concrete box, partly raised and propped up by reinforced concrete stilts, looking out over a large lawn. He would design similar models for the Paris International Art Deco competition (1925) and the League of Nations Headquarters (1926), coming under heavy criticism for the designs’ austerity and simplicity.

Le Corbusier’s vision for urban planning rested on the same principles. He envisioned grids of identical sixty-story tall buildings to economize space and provide affordable lodging and workspace, an idea that largely influenced post-war urban reconstruction, from Europe to India and the Americas.

His political views are still subject of contention. Le Corbusier co-founded and contributed to fascist journals on urbanism in the ’20s, as well as lecture in Italy in the ’30s, and seek commissions in Vichy France. He is also noted to have made anti-Semitic and anti-Muslim remarks. It has been claimed that his urban planning schemes are the model of a fascist state, where the working population is concentrated into a few projects in the city fringes to preempt civic action.

The economic ups and downs of the interwar era had a massive impact on how housing and furniture was made. Learn more about the economy in our episode about the Great Depression on BETWEEN 2 WARS S.01.
Watch it here: https://youtu.be/85HRhVmFiMA