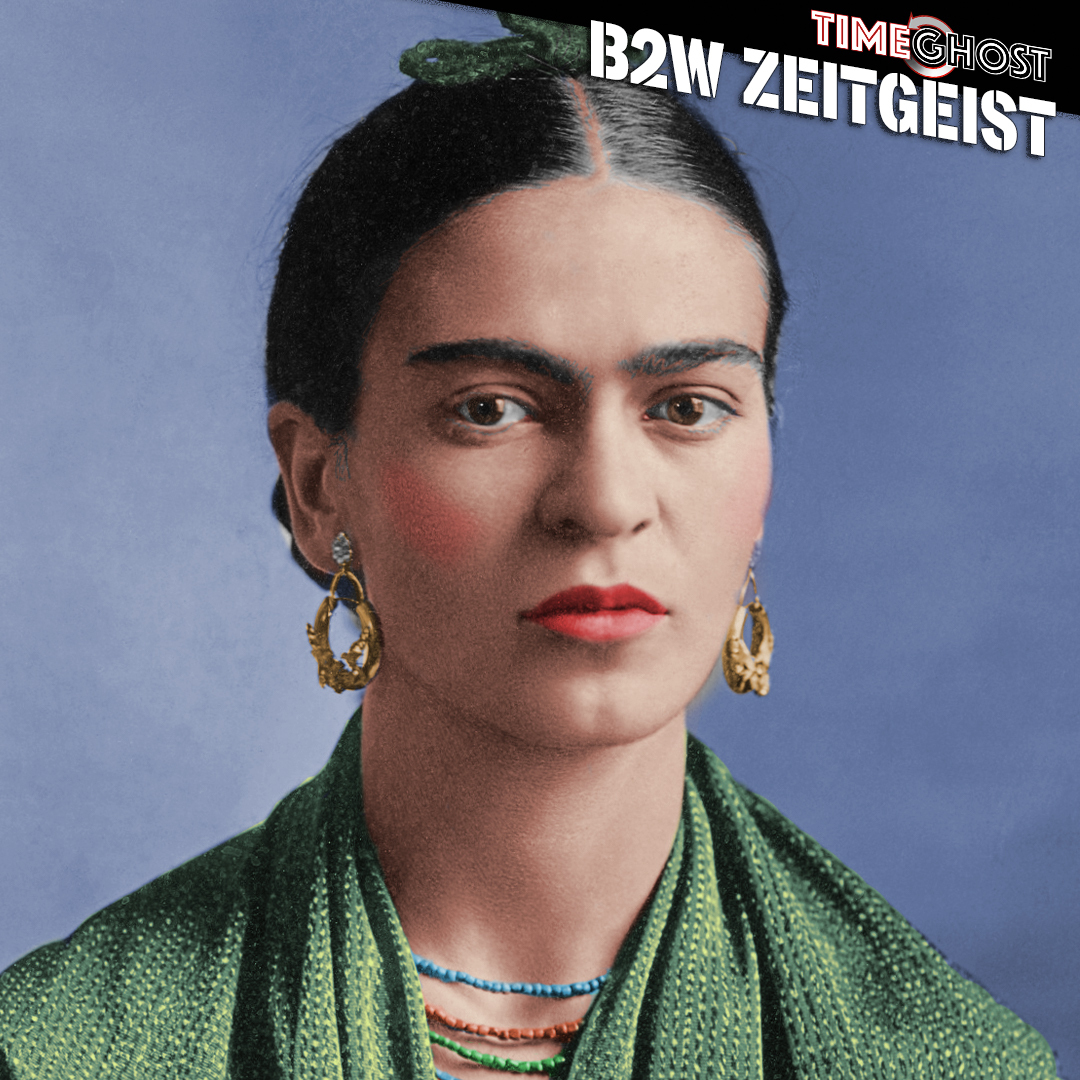 Born in 1907 in Coyoacán at the outskirts of Mexico City, Frida Kahlo’s life would be defined by medical affliction and political activism. Struck by polio at six years old, which left her with a malformed leg, she would be isolated and bullied for most of her childhood. In 1925, she was impailed by an iron handrail during a bus accident, whichh immobilized her for months, and left her with severe pain for the rest of her life.

Frida abandoned her career aspirations in medicine and instead looked to art as a channel for expression. Her artistic style must be studied against the backdrop of the Mexican revolution, as the nation attempted to carve out its own unique post-colonial identity. To this end, her style was dual and hybrid, combining elements from Christianity and pre-Columbian Aztec mythology. Also her self-portraits were dualistic in style, such as her 1939 ‘The Two Fridas’, that depict two versions of her, one in a European Victorian dress and the other in a traditional Tehuana dress (visualizing the clash between her two ancestries, European on her father’s and Mexican on her mother’s side).

A member of the Mexican Communist Party, Kahlo’s art was full of political imagery, mostly murals of masses of people espousing a socialist ethos. With the Great Depression, socialism was abandoned for individualism, and her works turned from collective depictions to her signature self-portraits, inspired by personality cults in Mexico, especially film celebrities. Her work was integral in developing a Mexican folk art culture that was part of a nationalist identity, something that was very much in demand in the inter-war period.

Frida Kahlo passed away in 1954. Posthumous popular interest has made her a cultural icon, not least for minority groups such as feminists and LGBTQ+, who relate to her story’s tragic aspects and her quest for identity and freedom.

To learn more about what Frida Kahlo and other women in her time were up against, check out “Sex, Drugs, and the Right to Vote” on BETWEEN 2 WARS S.01.
Watch it here: https://youtu.be/eB1lBDR8iYM