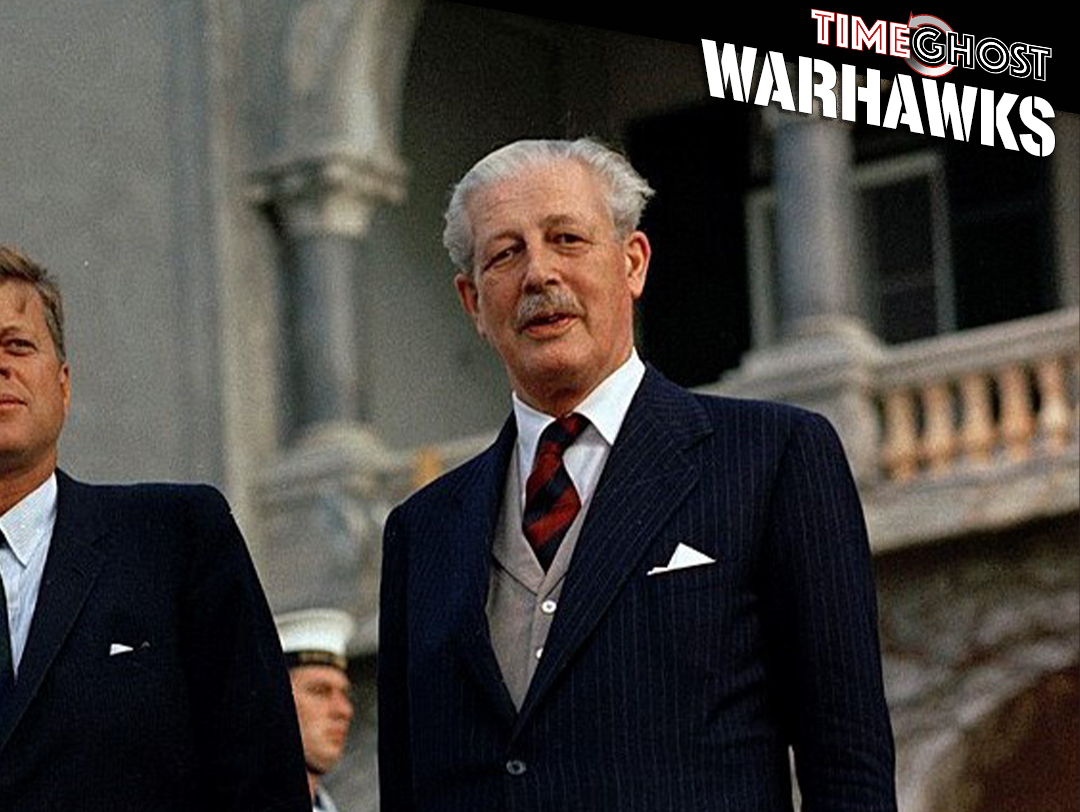 “If Nasser ‘gets away with it’, we are done for (…) It may well be the end of British influence and strength forever. So, in the last resort, we must use force and defy opinion, here and overseas.”
– Harold Macmillan on the Suez Crisis

Harold Macmillan was the archetypal warhawk – a product of the military establishment and a veteran of conflict, who had yet to appreciate the calmness of peace and yearned for a return to the heady days of wartime. Unfortunately for peace, he found himself in the corridors of power during the simmering tensions of the Suez Crisis. He had been part of the anti-appeasement faction before WW2, and now in 1956, in his judgement, he could not tell Nasser apart from the Nazi dictator.

Macmillan threatened to resign if force was not used against Nasser, and it was in fact he who suggested collusion with Israel to achieve the desired goal. The bellicose statesman even eclipsed the Foreign Secretary (and Deputy Prime Minister), Rab Butler, in his machinations. He met with Churchill – and even Eisenhower – behind the secretary’s back to drum up support, or at least tacit approval, for Britain’s planned military action.

He then performed a spectacular about-face when the operation blew up in Britain’s face, distancing himself from the botched affair. In the immediate wake of Eden’s disgrace, he was already maneuvering to usurp the premiership from Butler, and he was eventually appointed Prime Minister by the Queen on January 10th, 1957.

For an in-depth, day-by-day coverage of the high stakes drama that Macmillan was instrumental in, watch our series about the Suez Crisis here: https://www.youtube.com/playlist?list=PLrG5J-K5AYAWTs_FBEJJNPV_UV_aL548Z