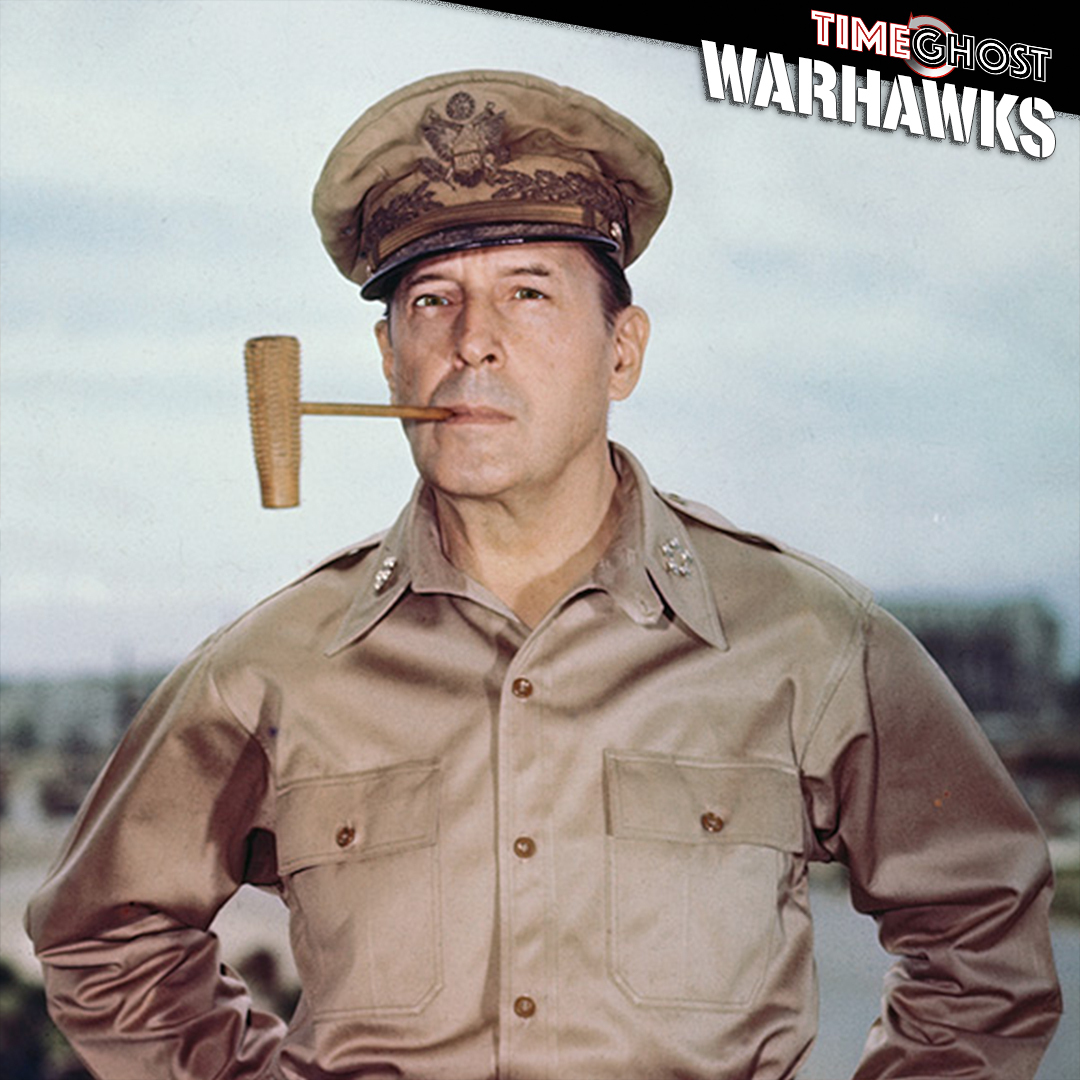 With the outbreak of the Korean War in the summer of 1950, Douglas MacArthur was placed in command of the United Nations Forces in Korea. Initially the campaign saw many successes, driving back North Korean forces out of the South Korean peninsula. President Truman gave MacArthur the approval to push into the North with the eventual goal of unifying Korea as one nation.

MacArthur thought it was crucial to extend the Korean War into China, to destroy North Korean warehouses that were supplying their war effort from Chinese territory. Truman disagreed, and instead urged MacArthur to show restraint at the Chinese-Korean border. Despite this, the People’s Republic of China entered the war on the side of North Korea in late October of 1950.

Throughout the war MacArthur expressed extraordinary ambitions, even going as far as suggesting the use of nuclear bombs on a tactical scale, and providing a comprehensive list of targets for this.

MacArthur also hired a public relations staff in order to maintain and promote his image to the American public, his exploits during the Second World War already making him a common household name, which gave him a close and influential relationship with the press.

MacArthur openly stated that President Truman’s restrictions on operations against China were an enormous handicap to the war effort. He issued a public statement against a possible ceasefire and instead argued for continuing the war, directly going against the Truman administration’s line. Truman, absolutely furious with MacArthur, relieved him of his command on April 11th, 1951. The dismissal caused a significant media scandal.

When MacArthur testified to Congress less than a month later, he said: “It has been said in effect that I was a warmonger. Nothing could be further from the truth. I know war as few other men living know it, and nothing to me is more revolting. … They are blind to history’s clear lesson, for history teaches with unmistakable emphasis that appeasement but begets new and bloodier wars.”

In our WW2 Week By Week episode #101 “Japan is Getting Hungry, Barbarossa is Confused”, Indy talks about MacArthur’s role in the USA’s path to war.
Watch it here: https://youtu.be/YNKqNKnBz3Y